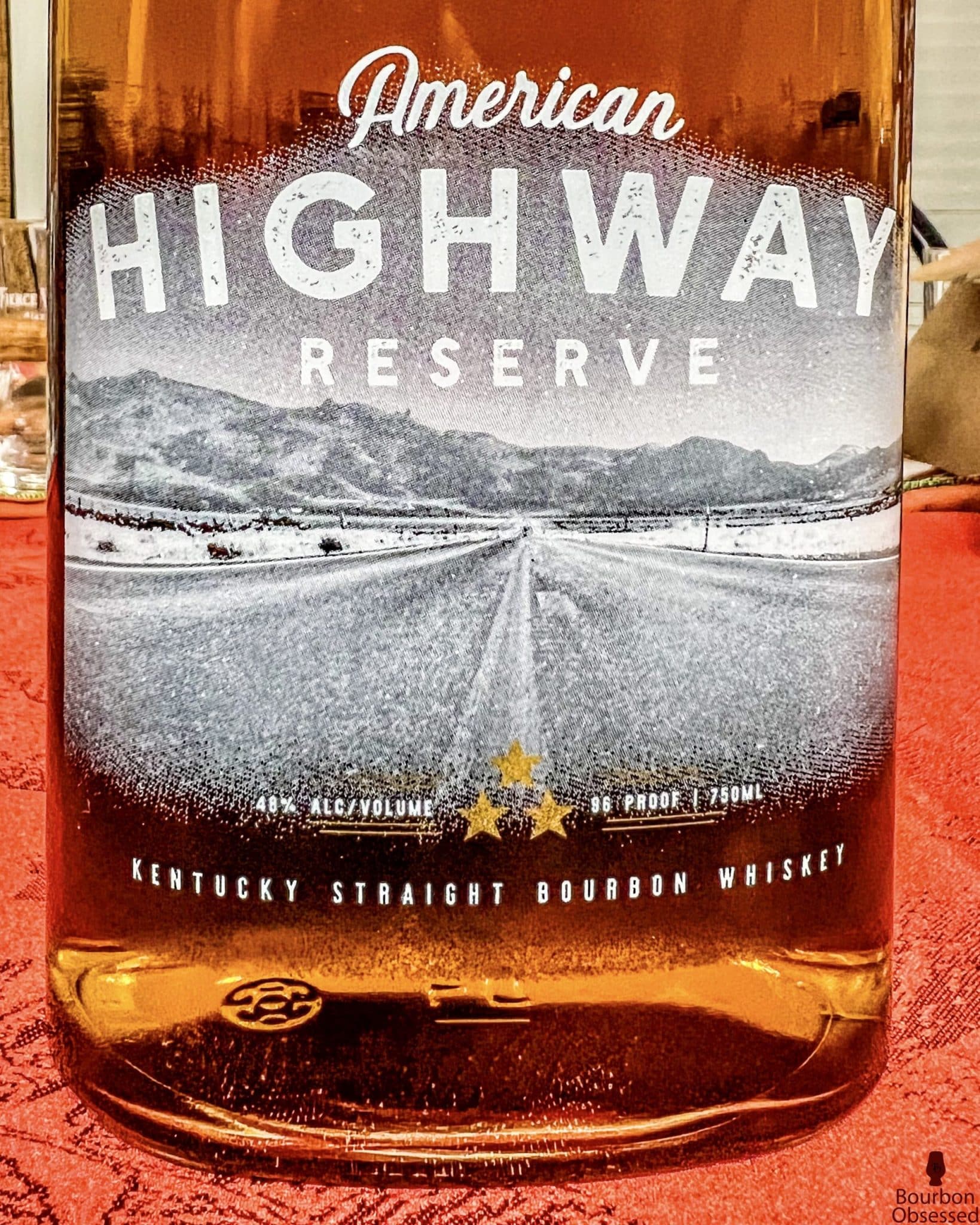 I hope you enjoy my American Highway Reserve Bourbon Review!

Brad Paisley has just released a new whiskey and it’s called American Highway Reserve Bourbon. Its novelty is that one of its components, underwent some of its aging while stored in a 53-foot semi-trailer that followed his 2019 nation-wide tour. So the bourbon travelled 7,314 miles across 25 states, from coast to coast. Thus their slogan: “Made in Kentucky, Aged across America”.

According to the press release: “The fluctuating climate of the barrels’ journey expanded and contracted their staves, imparting oak and char that cultivate the characteristic flavors of America’s native spirit. This well-traveled batch was then blended with three-year, 13-year and 15-year-old Kentucky bourbons to create the final product. The next batch, to be released in 2022, was aged on the Rolling Rickhouse during Paisley’s 2021 tour.”

Interestingly, the included 15 year old bourbon has the same unusual mashbill that has also appeared in many bourbons this past year including Bardstown’s own Discovery Series 4, Old Soul 15, Chicken Cock 15, Doc Swinson’s Release #6 of their Exploratory Cask Series, Three Chord Whiskey Drummer and Backbone Old Bones. But it’s a good bourbon, so why not?

There has been a huge change in this American Highway Reserve Bourbon after being open for a day. Freshly opened, the nose was a bit brighter and sweeter, but after a day, quite a bit of leather has developed with some of those brighter flavors fading towards the back. Although the mix of bourbons is about 50-50 young and old, the older flavors really dominate. There is a complexity present today that wasn’t there yesterday. Now that it has opened up a bit I really like this bourbon, and it will be interesting to see how it continues to develop.

I hope you enjoyed my American Highway Reserve Bourbon Review! If you are interested in learning more about one of the bourbons mentioned in this review, please read my Bardstown Bourbon Company Discovery Series 4 review.