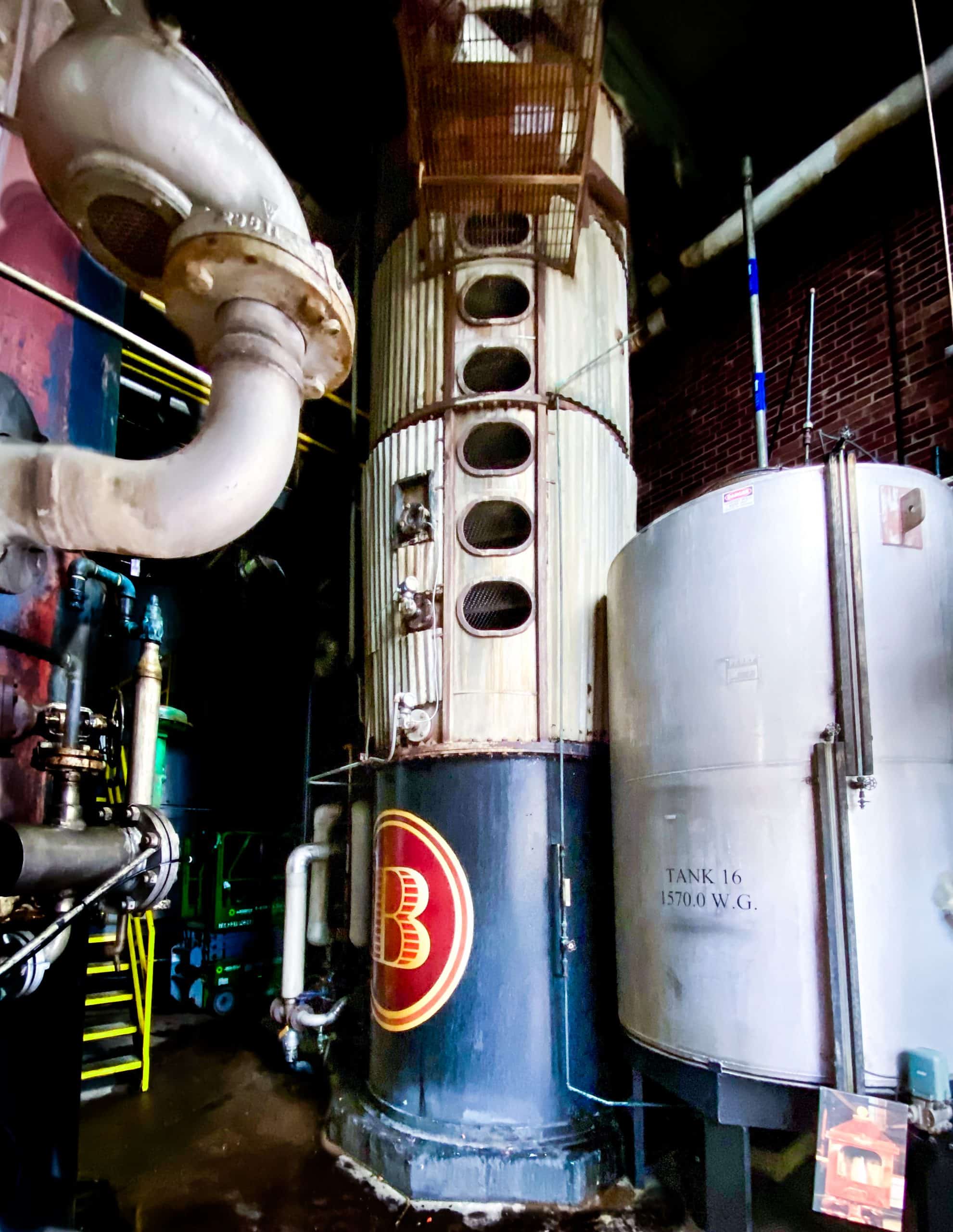 The Barton 1792 distillery has opened back up to visitors with full tours and tastings. There’s a new gift shop and tasting center just outside of the distillery grounds. The idea being that visitors can be pre-screened for COVID-19 prior to entering the distillery proper. That’s smart. Very smart. A perfect plan until we came to visit.😁 We have been to Barton 1792 many times so we figured we knew where we were going, and went directly to the visitor center on the distillery grounds. We were greeted by “So how did you get past the security checkpoint?”. 🤷🏻‍♂️ Fortunately, they checked our temperature (maybe we weren’t the first to make this mistake??) and let us stay and take the tour.

The Barton 1792 Distillery is a bit different from many of the other distilleries on the Kentucky Bourbon Trail. It is purely industrial. The distillery exists to “get the job done” and that it does. They produce and bottle the 1792 bourbon line, the Very Old Barton bourbons, as well as a slew of other Sazarac products.

Check out our short video

The Barton 1792 distillery, like the Buffalo trace distillery, is owned by the Sazerac company. It was established in 1879 and is the oldest operating distillery in Bardstown Kentucky. However it was not continuously operating as it was shut down during prohibition. The distillery has a complicated history and was originally named the Tom Moore Distillery, after it’s founder, although it might not have had that name when it first opened, when it was probably the Mattingly & Moore distillery (which was prior to that the Willett and Frenke Distillery) which was located near to the current distillery site. The flagship brands produces are Very Old Barton and 1792 (formerly known as Ridgemont Reserve 1792). They are definitely worth a visit, so be sure to check them out!

We also have a full write-up of our visit and the Barton 1792 Distillery Tour, including lots of photos, at BourbonObsessed.com.

Or learn about one of Barton’s limited release bourbons, the Barton 1792 225th Anniversary Bourbon.

Stay safe you all. Cheers!🥃