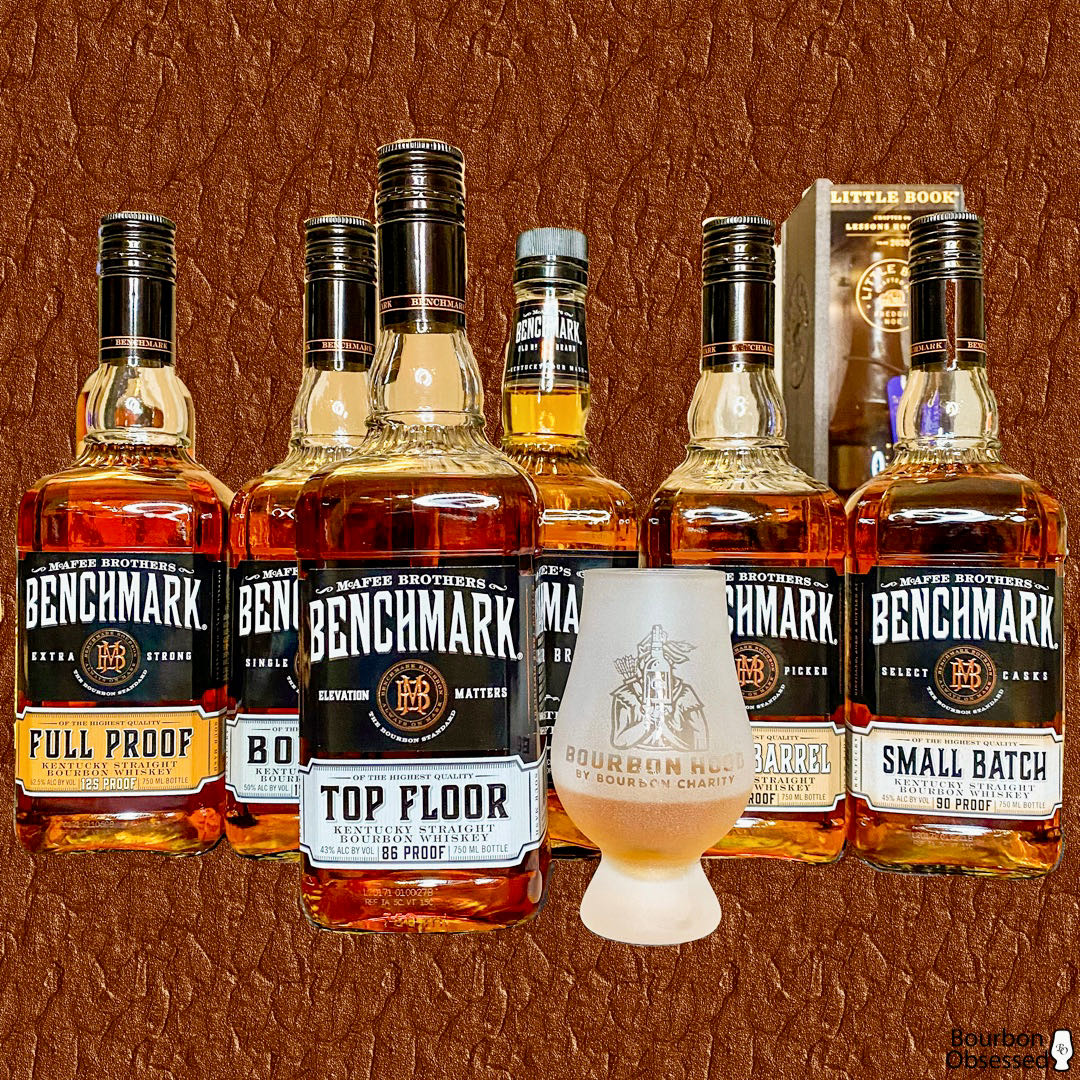 Benchmark Top Floor Bourbon is one of the five bourbons that make up the new additions to the Benchmark line. The others are Small Batch, Single Barrel, Bonded and Full Proof. I had written about the Benchmark Bourbon Collection a while back after driving to Indiana to pick up the set. I’m not sure what has happened with this line expansion, because I have seldom seen any of them around at all. It is unclear why they seem to only be available in Indiana. The Benchmark bourbons are produced by the Buffalo Trace Distillery. (Read more about the Benchmark Bourbon Collection in my other related post.)

Top Floor is quite simply, bourbon that has aged on the top floor fo the warehouse. The label eloquently states: “Bourbon that matures on the top warehouse floors tends to age faster as heat rises. This top floor Kentucky Straight Bourbon Whiskey is smooth and well-rounded to be enjoyed straight, with ice or in your favorite cocktail”. So there you have it. Apparently the marketing folks at Buffalo Trace aren’t aware of the ire that the word “smooth” arouses in some bourbon enthusiasts….

So what’s Benchmark Top Floor Bourbon like? For starters, it was priced under $25. So there’s that. It’s not an overly complex bourbon, and it certainly tastes on the younger side. There is no age statement, so we have to assume that it is at least 4 years old, but I wouldn’t guess much more. But it is smooth….

It’s a very pleasant and easy bourbon to drink. If I had to describe it in one word, I would have to go with apple-butterscotch-cookiedough, but I have to admit, it’s a little difficult to describe in one word…😁

Overall, this is a fun set of bourbons. When combined with the bottom shelf Benchmark Old No. 8, you get 6 bourbons which all are a bit different. The new ones cost me about $130 for all 5, and the Old No. 8 can be found for less than $10. Stay safe you all. Cheers!🥃

Have you heard of Bourbon Charity and Bourbon Hood? Learn more right here.