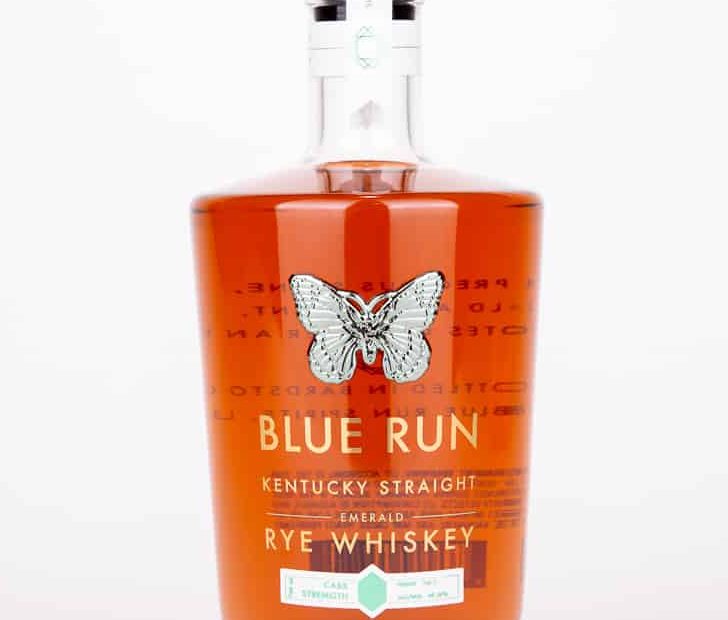 Blue Run Emerald Rye Is A Blend Of Ryes

According to their press release: “Emerald, a limited collection, was crafted from just 189 barrels and embraces the distinct, spicy characteristics of Rye Whiskey, yet with the approachability and depth of a fine Bourbon. Blue Run Whiskey Director Shaylyn Gammon expertly blended Emerald to highlight a myriad of Blue Run’s favorite flavor characteristics.”

👉🏻Nose: Rye bread & rye spices, cedar; fruit, like apple and apricot; caramel and vanilla in the background, and even some light floral notes arrive later, once I am acclimated. Alcohol is fairly mild for the proof
👉🏻Taste: The fruits continue; there’s a brown sugar almost syrupy sweetness, cedar, rye spices and developing spiciness; and, dare I say, anise?
👉🏻Finish: Both black pepper and capsaicin spice rapidly build and linger for a good long time. There’s a bit of barrel char, too. The fruit, sweetness and anise linger, with the anise hanging on by its finger tips til the end, and becoming more noticeable with every sip.

Blue Run Emerald Rye is quite complex, presumably due to the different mash bills, aging locations and, of course, the blending. The flavors change quite a bit the more time I spend with it. The nose starts with rye bread and rye spices, cedar and some fruit, such as apple and apricot. Later on, other flavors such as vanilla, caramel and even a floral note, possibly roses, become noticeable. The same occurs with the taste and finish. The complexity really comes out more and more with each sip, as I become acclimated to the initial flavors.

I am really enjoying this rye. It has a very pleasant complexity of flavors not usually found in ryes, making it quite unique. Like all Blue Run whiskeys since the original 13-14 year old bourbons, the price is on the high side for their age, so it becomes a personal choice what something is worth. Price aside, this would definitely be one that I would enjoy having on my shelf. Have you tried Blue Run Emerald Rye? What did you think? Cheers!🥃

Blue Run Spirits provided this sample for our review. Thank you! As per our policy, this in no way influenced my review. (photo credit: Blue Run Spirits)