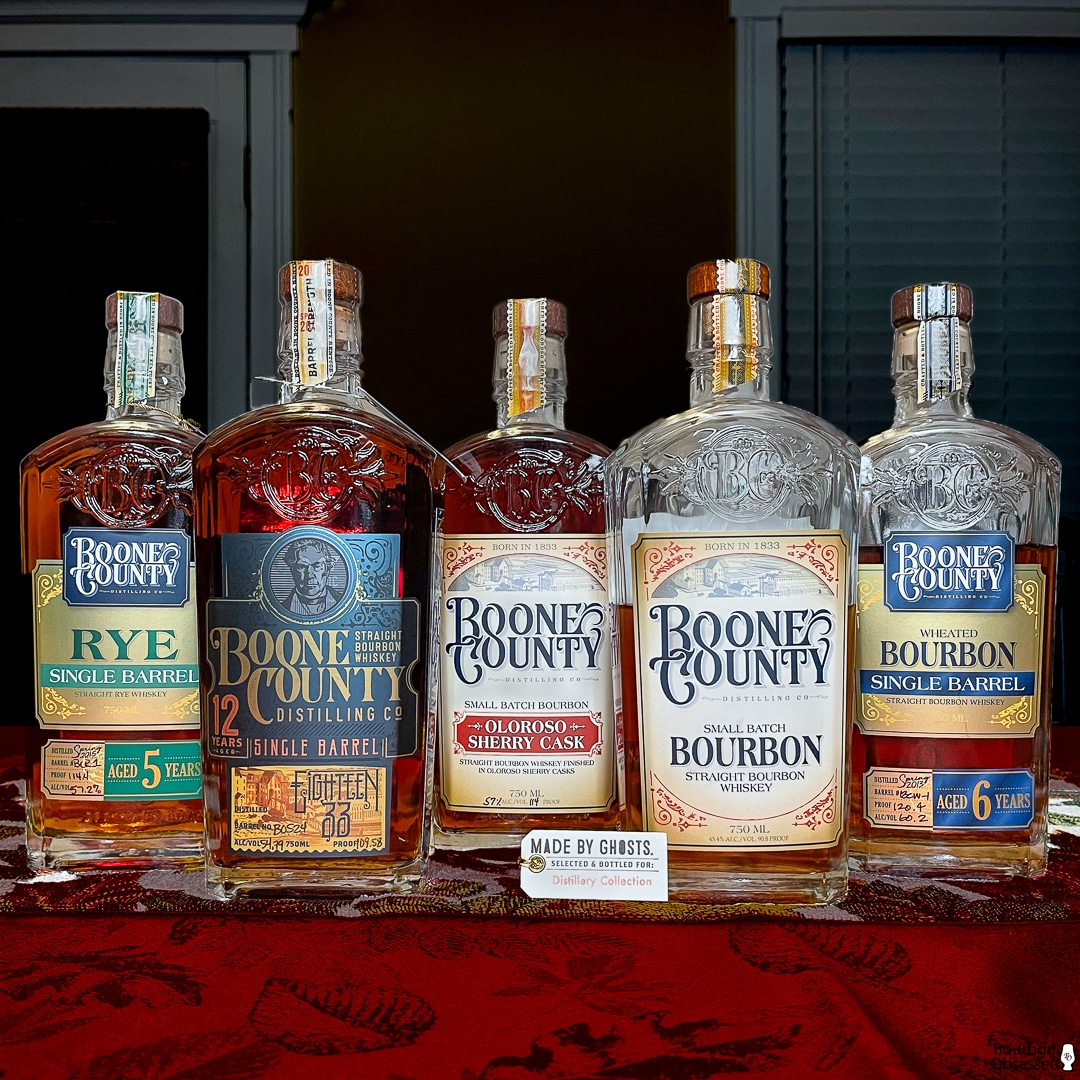 Boone County Distilling produces an ever expanding line of spirits, but I’ll focus on the whiskey. Their original bourbon was sourced from MGP, which is just a few short miles away, as the crow flies. It was released as 10-12 year old small batches and 12-13 year old barrel strength single barrels, if memory serves me. Unfortunately, the one pictured is the only one of those single barrels that I have left. They were fantastic! There have been occasional releases of this older bourbon since, but the “Eighteen 33” line of bourbons is essentially extinct.

The current Boone County line up is also largely sourced from MGP and now includes the Small Batch Bourbon, which I believe is a blend of older and younger bourbons; a single barrel wheated bourbon, which is 6-8 years old, and a rye which comes in small batch and cask strength single barrel varieties. There is also an Oloroso Sherry Cask Finished Bourbon, which has been released as first through third fill batches over the past 3 years. In Fall 2021 they released their 5 year old Boone County Pot Still Bourbon which was distilled in house!

We toured the distillery back in mid 2020, and we stop by occasionally to see what’s been happening. Check out our full Boone County Distilling Company Tour Review and our Boone County Pot Still Bourbon Review to learn more! Cheers!🥃

Check out our review of the Boone County Single Barrel Wheated Bourbon!