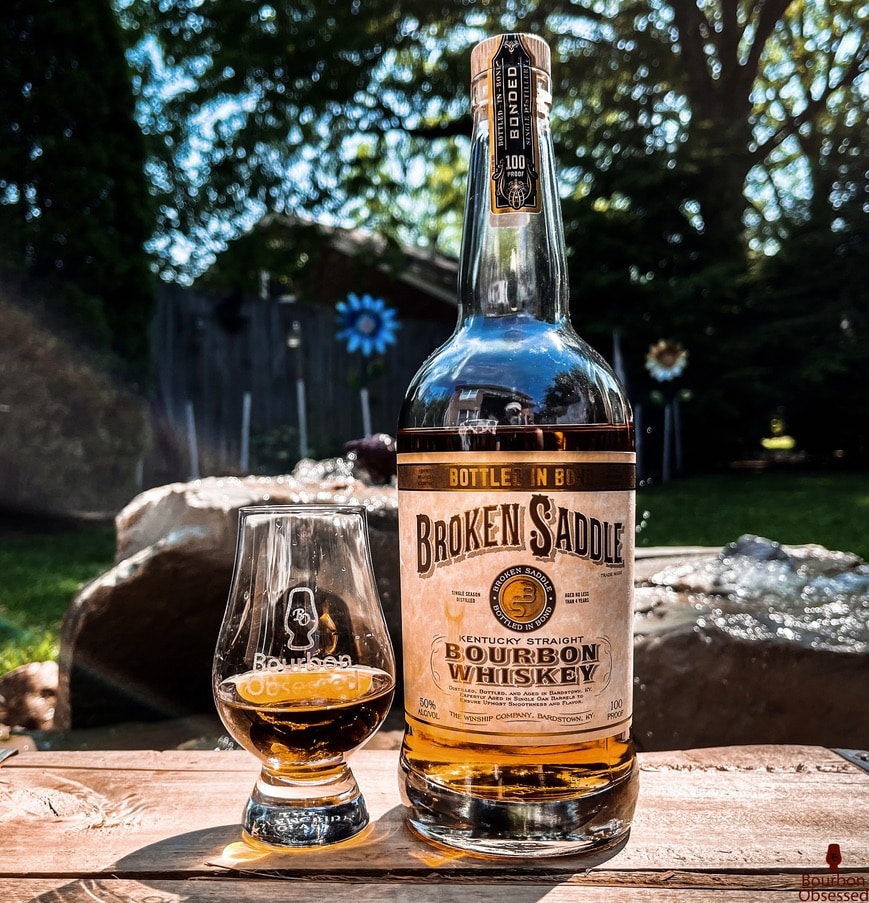 Broken Saddle Bourbon would be yet another “mystery bourbon” (who has ever heard of The Winship Company??) were it not Bottled-in-Bond. But since it is, we actually know that it comes from the Barton 1792 Distillery, which is DSP-KY-12, and apparently occasionally goes by the name The Winship Company. Isn’t that cool?! That’s why I love bottled in bond! We also know that this bourbon is at least 4 years old and 100 proof. Otherwise there is next to no information about it or the company online. The best I can tell is that it may be a store brand of sorts of Spec’s in Texas. They also carry the related Broken Fence Single Barrel Bourbon and Broken Thorn Small Batch Bourbon. Either way, at less than forty bucks for a BiB bourbon by Barton, I figured I would give it a shot!

Broken Saddle Bourbon has a nice nose, the taste is decent but not particularly complex, but the finish becomes dominated by char and ash. I expect char to become more noticeable in the end, but the ash/ashtray flavors are a bit atypical. This bourbon is all right overall, but I wouldn’t mind the char and ash to be a little less pronounced. Being from Barton, it doesn’t really remind me of 1792 BiB, but maybe this is Very Old Barton Bottled-In-Bond? I don’t have a bottle of that discontinued bourbon, but I do have the VOB 100 proof, and this tastes nothing like it. So maybe it’s just its own thing.🤷🏻‍♂️

Have you tried this bourbon or anything else from “The Winship Company”? Cheers!🥃