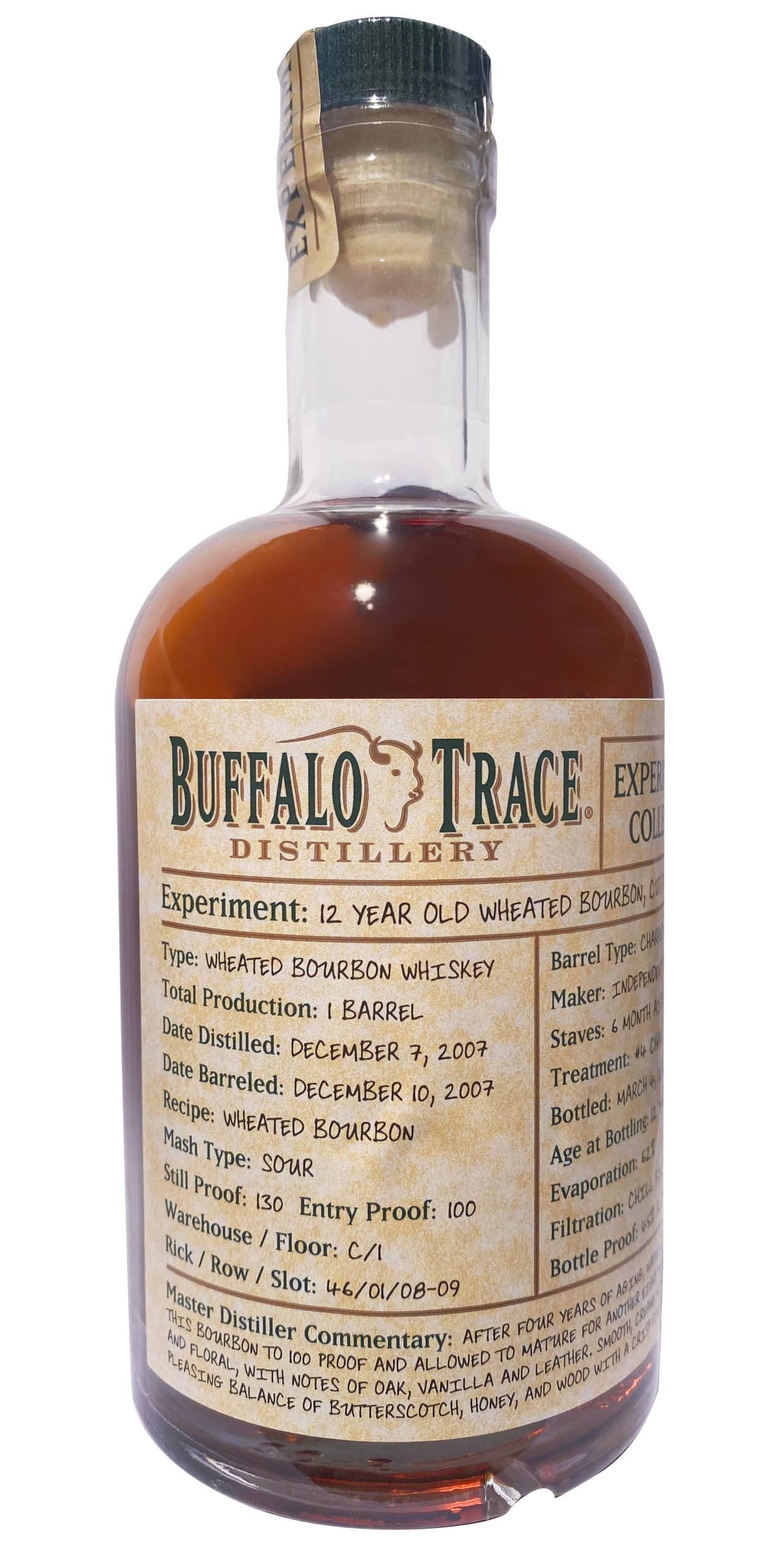 FRANKFORT, FRANKLIN COUNTY, KY (April 23, 2020) Buffalo Trace Distillery is releasing its first experimental whiskey for 2020, a wheat recipe bourbon aged for four years, cut with water, then re-barreled and left to age for another eight years.

The barrel, filled with Buffalo Trace’s wheat mash recipe and entered into the barrel at 114 proof, was put away to age in one new barrel on Dec. 10, 2007. After four years of aging in Warehouse C the barrel was removed, the bourbon was cut with water to lower it down to 100 proof, and then put back into the same barrel and left to age another eight years in the same warehouse.

Although unusual to interrupt the aging process, the distilling team at Buffalo Trace is pleased with the results.  “We’ve always known water was a necessary component in making whiskey,” stated Master Distiller Harlen Wheatley. “This experiment helped us to understand how important a role water actually plays in whiskey production.  The result of this experiment led us to a bourbon that is actually one of my favorite experiments.”

Wheatley describes this bourbon as having a “nose that is sweet and floral, with notes of oak, vanilla, and a bit of leather. There’s a really smooth creamy mouthfeel here.  The taste is a pleasing balance of butterscotch, honey, and wood with a crisp finish.”