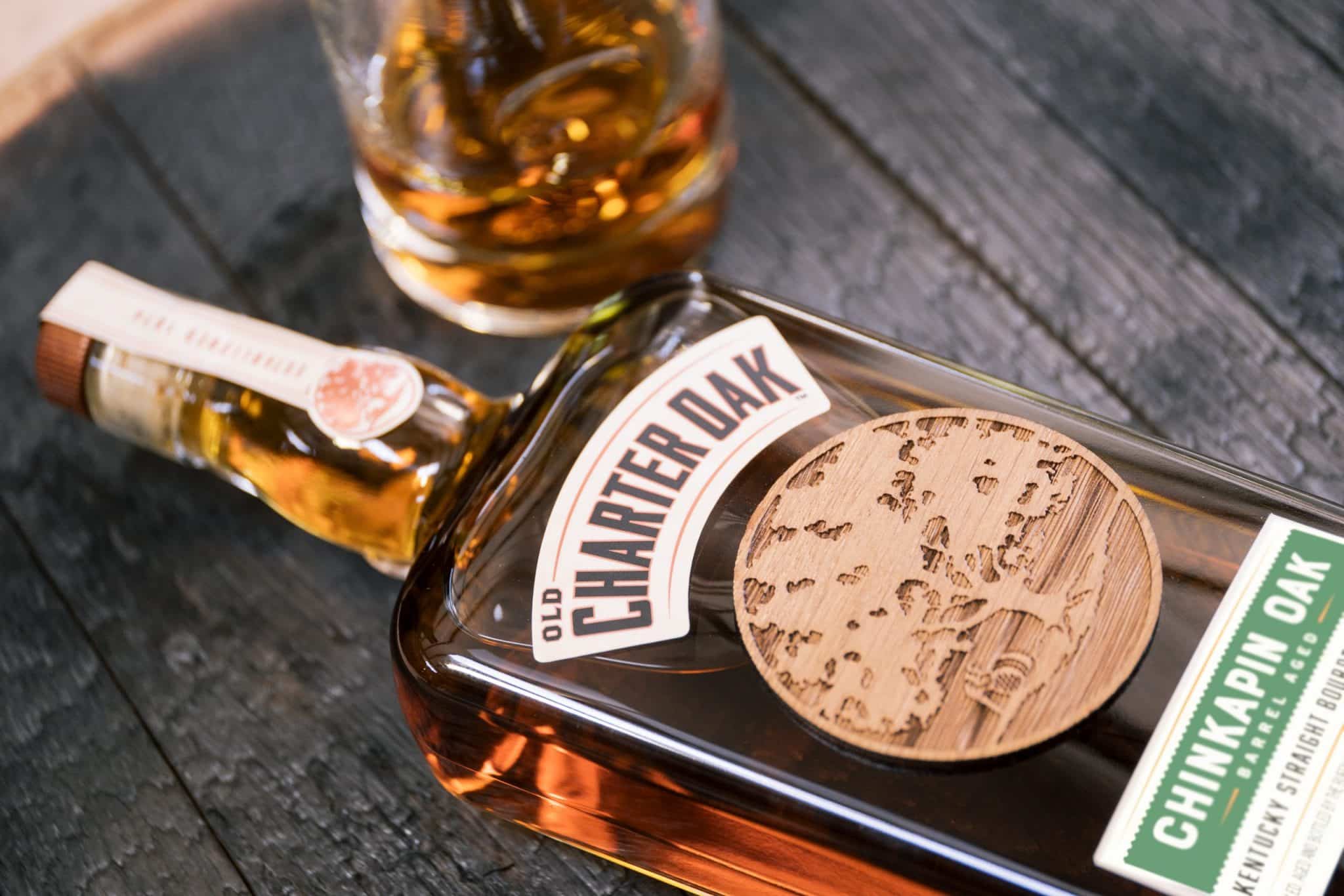 FRANKFORT, FRANKLIN COUNTY, KY (April 2, 2020) – Buffalo Trace Distillery continues its exploration into oak tree varietals with the release of its Old Charter Oak Chinkapin Oak.  This species of oak is native to the Midwest United States. These large Chinkapin Oak trees are often found in parks and on large estates.

The Chinkapin Oak joins the three previous releases in the Old Charter Oak series, a collection exploring the different taste profiles of barrels obtained from trees grown in different countries, climates and soil.  The Old Charter Oak collection explores, honors, and celebrates the role of oak in making great whiskey. The oak trees used for this brand vary by country of origin, or species, or U.S. state. Some barrels are even made from century old trees that grew for 100, 200 and 300 years.

For the newest release, Buffalo Trace obtained a small number of barrels with staves air dried for 24 months before assembling into barrels.  Most barrel staves air dry for three to six months, but the additional time spent air drying eventually allows the whiskey to extract more rich and complex flavors deep within the oak. “The extra seasoning of the wood allows it to break down and we then capture the flavors when the barrel is charred.  The extra time caramelizes wood sugar and reduces some of the tannic flavor,” said Master Distiller Harlen Wheatley. Buffalo Trace traditionally burns the inside of their barrels for 55 seconds, known as a number four char. For an additional twist, these Chinkapin Oak barrels were charred slightly less. A number three char was used, charring just enough at 35 seconds to caramelize the wood sugars and unlock the flavor in the oak.

After the Chinkapin barrels were filled with Buffalo Trace Mash #1, they were then aged for nine years before being bottled at 93 proof.

Tasting notes describe this bourbon as having a nose of cherries and spearmint with hints of floral.  On the palate, fresh herbs and honey abound, before a finish of warm baking spices, followed by dark chocolate.

This is the fourth release in the Old Charter Oak Collection and the first in the species series.  The other releases were Mongolian Oak, French Oak, and Canadian Oak.  Subsequent releases are planned a few times each year, indefinitely.

The Old Charter brand dates back to 1874 and it has changed owners a few times, until it was purchased by Buffalo Trace Distillery in 1999.  The existing Old Charter Bourbon is still produced by parent company Sazerac and there are no plans to discontinue it. The Old Charter Oak series is an upscale brand extension, much like Buffalo Trace has done with its E. H. Taylor, Jr, line.