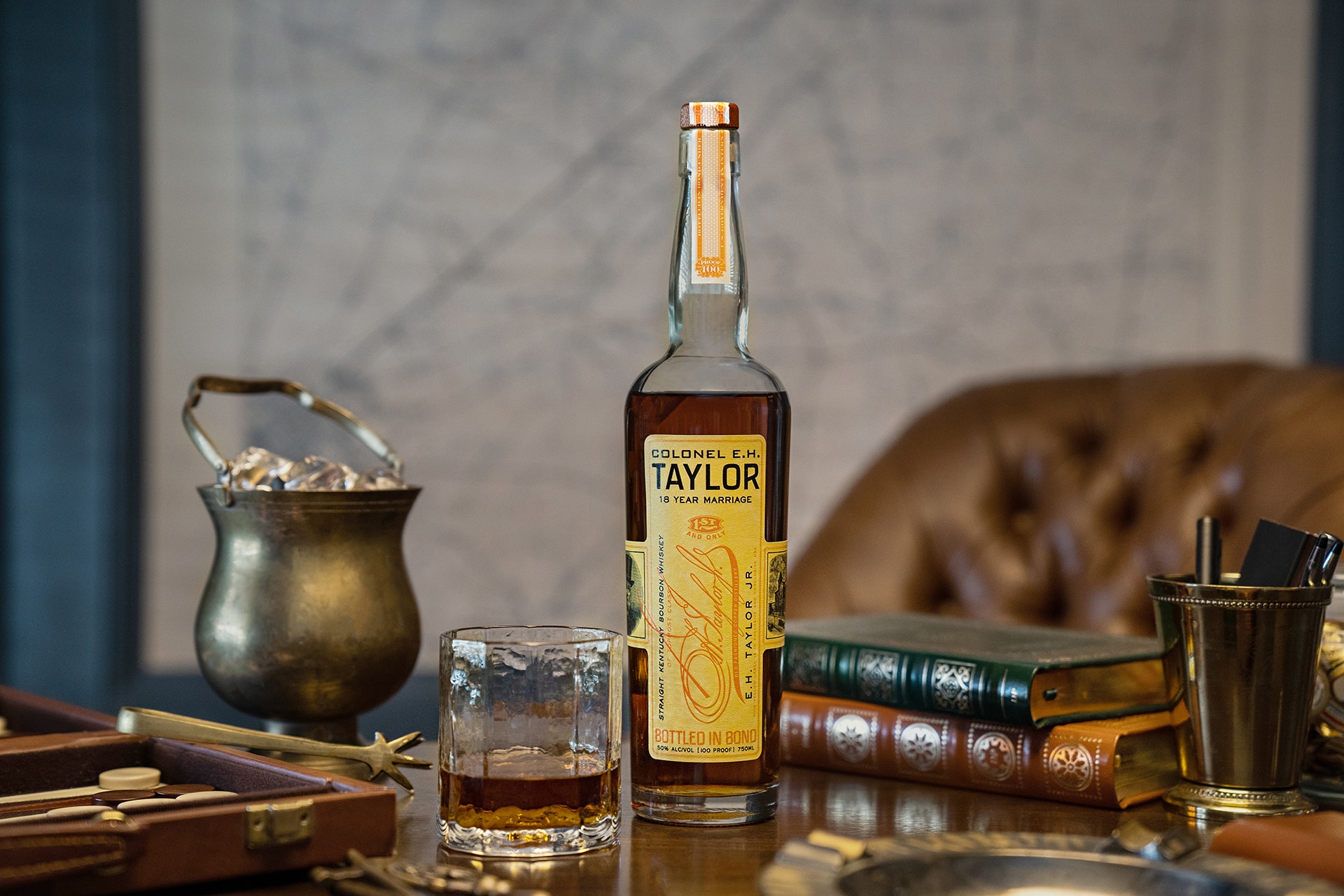 This 100 proof Bottled-In-Bond small batch bourbon was put into barrels in 2002. Barrels chosen for this special batch release matured using one of three Buffalo Trace mashbill recipes; wheated bourbon, rye bourbon #1 and rye bourbon #2. The whiskey from these 18-year-old barrels was married together to make this limited edition offering.

Tasting notes describe this bourbon as having a nose of vanilla butter cake, a taste of caramel and cinnamon, and a finish of toasted oak, cinnamon, and a hint of spearmint.

Like some of the previous releases, this one-time-only bottling of E. H. Taylor, Jr 18 Year Old Marriage is very limited.   Also consistent with past releases, this bottle displays a vintage label and is offered inside a distinct canister reminiscent of Taylor’s whiskey package from over one hundred years ago. These six bottle cases will be shipped in an impressive wooden box first used for the Cured Oak release in 2015.  The boxes are modeled after the wooden crates used by Taylor to transport goods during the days before Prohibition.

Colonel Edmund Haynes Taylor, Jr.  is widely considered one of the founding fathers of the bourbon industry, fighting for the Bottled-in-Bond Act of 1897, nearly three decades after he purchased the distillery that is known today as the Buffalo Trace Distillery. During his time, Taylor implemented several innovative methods still used today by Buffalo Trace, such as climate controlled aging warehouses. In addition to his bourbon interests, Taylor had political ties. He was the great-nephew of President Zachary Taylor and elected the mayor of Frankfort, state representative to the Kentucky General Assembly and a member of the State Senate.

This special bottling of Colonel E.H. Taylor, Jr. 18 Year Old Marriage Bourbon Whiskey will be available starting in June in limited supply.  The suggested retail price is $69.99 per 750 ml bottle.