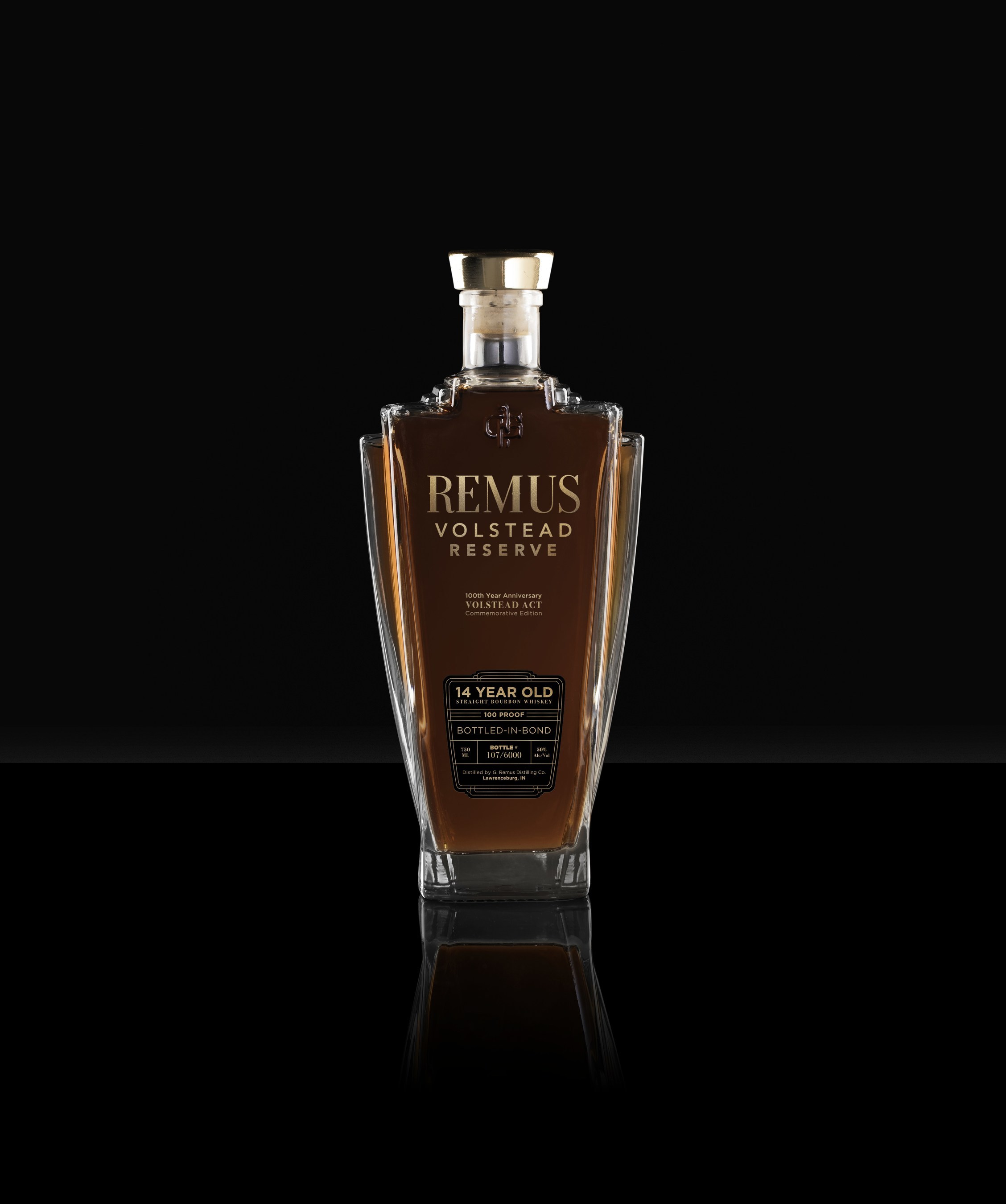 LAWRENCEBURG, Ind., July 8, 2019 /PRNewswire/ — MGP (Nasdaq: MGPI) will release Remus Volstead Reserve Straight Bourbon Whiskey, a one-time rare, reserve Bourbon, in November 2019. The new release coincides with the 100th anniversary of the start of National Prohibition – under the Volstead Act – that enforced the 18th Amendment outlawing the production and distribution of alcoholic spirits in the U.S. First ratified on January 16, 1919 and enacted one year later, the 18th Amendment ended in 1933, earning historic status as the only constitutional amendment to be entirely repealed.

“Prohibition launched an era of social change which created legends such as George Remus, King of the Bootleggers, and a speakeasy culture that persists to this day,” says Andrew Mansinne, Vice President of Brands, MGP Ingredients. “Remus Volstead Reserve is made from our finest 14-year aged reserves and has spent the same time in barrel as this country spent under Prohibition. Like this singular historic era, our Volstead Reserve is one-of-a-kind.”

Remus Volstead Reserve is bottled-in-bond from 2005 bourbons crafted at MGP’s historic distillery in Lawrenceburg, Indiana, and bottled at 100-proof. Remus Volstead Reserve has rich aromas of dried candied fruit, caramelized pecans, oak, char and tobacco. Robust and rich oak flavors dominate the forward palate and body of this bourbon.  Balanced cherry and caramel touches compliment the oak in the body, and intensify in the bourbon’s finish.  Pleasant notes of leather and spice round out the finish, and oak and barrel char notes linger until the next sip.

Available as of November 2019, Remus Volstead Reserve Straight Bourbon Whiskey retails for a suggested $199.99 per 750-ml bottle. The packaging is designed for collectors with a high-end glass bottle and commemorative box. This limited, 2005-aged reserve Bourbon will never be repeated. No more than 500 9-liter cases will be available for markets where George Remus Bourbon is currently sold.