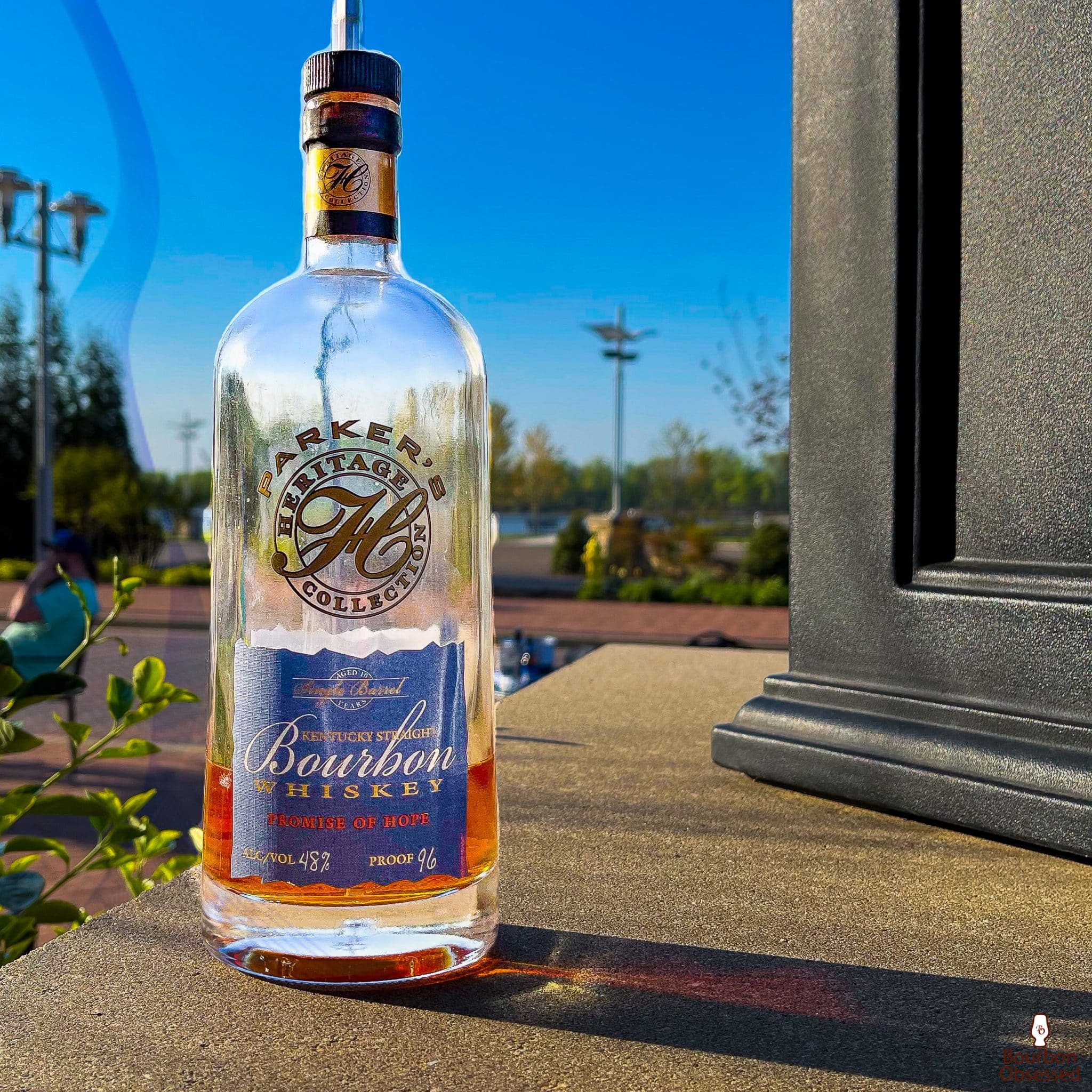 This particular bourbon is the 7th in the series and was released in 2013. I really never thought I would have the opportunity to try it, or any of the earlier ones for that matter, so I was very excited to find this bourbon in a bar for less than the price of a new car! Sometimes you just get lucky!

This is an age stated 10 year old bourbon. Generally bourbons of that age will broadcast it prominently on their labels. Interestingly the age on this one is in very tiny letters at the top of the blue label. Strange.🤔

There’s vanilla and burnt caramel in the nose, but the vanilla is dominant. Those same flavors continue throughout the taste, and even into the finish. There’s some light char and oak, but it remains mild to the end. This is just a delicious bourbon. If you really like a strong vanilla flavor in your bourbons, you’ll love this one! Cheers to Parker Beam! 🥃

Check out some photos and our write up of the Heaven Hill Bourbon Heritage Center, at BourbonObsessed.com!