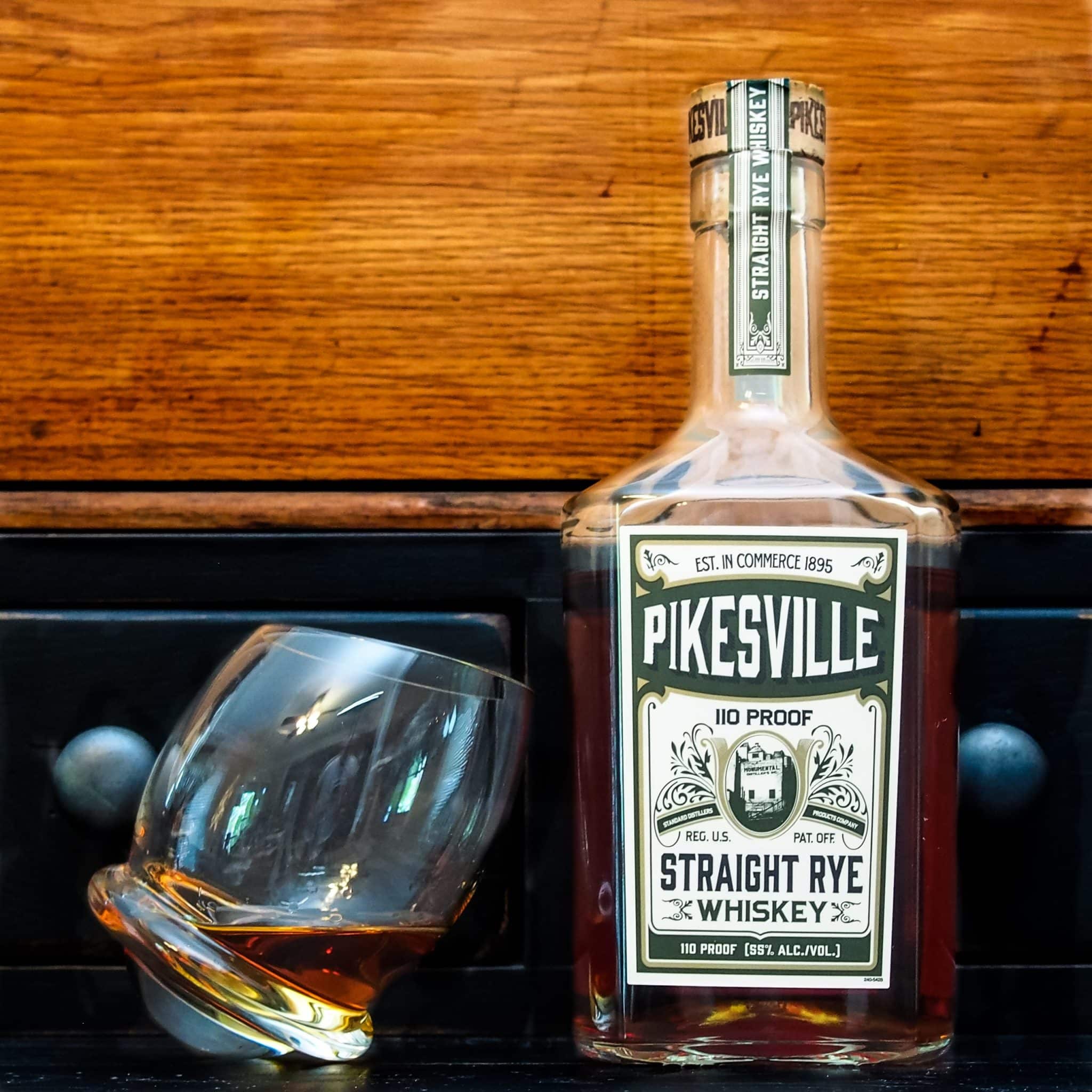 According to Heaven Hill, the Pikesville Rye brand began in 1895. It was distilled by L. Winand & Brothers Distillery in Maryland until the distillery was forced to close due to prohibition. After the repeal of the 18th Amendment and the end of Prohibition, the brand was acquired by Andrew Merle and Pikesville Rye was contract distilled in Baltimore, MD at Monumental Distillery and then at Majestic Distilling Corporation until 1972. It was sold to Heaven Hill in 1982 and is now made in Kentucky, along with its younger and lower proof sibling, Rittenhouse Rye.

Pikesville Rye is said to be a Maryland Rye. But what the heck is a Maryland Rye? Like so many things in life, there is no simple answer. When whiskey production began in the early days of our country, rye was readily grown in some of the areas which were originally settled, so it was a good choice of grain for distillation. Pennsylvania and Maryland were two of the largest producers of whiskey, and they both produced different styles of rye. There weren’t set recipes back then, so there was some variability.

Maryland rye tended to be somewhat sweeter than ryes made elsewhere, and often contained fairly large quantities of corn. Some authors, such as Michael Veach, say that Maryland rye was a rectified rye. What does that mean? Rectifiers were people who would source whiskey and then age and/or blend it and/or add flavorings. Before the Bottled-in-Bond Act of 1897 and the Pure Food and Drug Act of 1906 rectified whiskey with additives was fairly common, but those acts significantly curtailed that practice.

So it seems Maryland rye can pretty much be anything. However, the accepted defining characteristics now-a-days seem to be that it contains a fairly high corn content, and it’s a little more sweet and a little less spicy than ryes made with much higher percentages of rye in their mashbills.

Stay safe you all. Cheers!🥃

Do you want to learn about another Heaven Hill bourbon? Read about Elijah Craig, often referred to as the “Father of Bourbon” and Elijah Craig Barrel Proof Bourbon at https://bourbonobsessed.com/Blog/elijah-craig-father-of-bourbon/ .