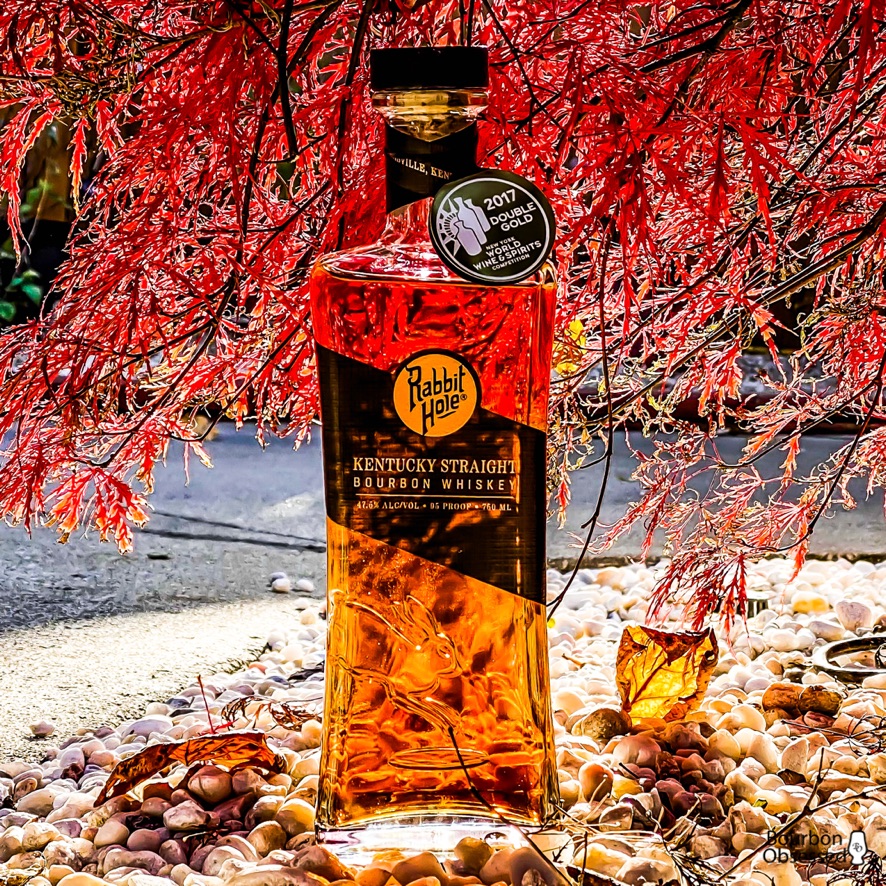 I was watching Kaveh’s Bourbon Bunker while enjoying a beautiful autumn day, and noticed how the light was shining through our Japanese Red Maple tree. Since I had this bottle of Rabbit Hole Bourbon nearby, I figured I would take advantage of the photo op.

After Pernod Ricard acquired a majority share in Rabbit Hole back in 2019, the distillery rebranded their products, with a name change to honor influential figures and places in Louisville, as well as in the life of founder Kaveh Zamanian. I have always been a bit confused by the naming of Rabbit Hole Bourbon and Rye, so I’m just going to take a minute to clarify that for myself. You all are welcome to come along!

Right now there are four whiskeys in the main Rabbit Hole lineup:

Rabbit Hole also has also recently released the first whiskey in their “Founder’s Collection“, Boxergrail Cask Strength. For this release, they selected seven barrels from their 6 year old stock. The release is limited to 1,315 bottles. They also produce Bespoke Gin, which is finished in Kentucky Rye barrels, and Liddel Vodka, a wheat vodka.

So that clears it up for me, finally! All I had to do was sit down for a minute and take a look at it. Some cool things come to light, now.

First, on my bottle (I am assuming they still do this after the rebranding) they put the name of the cooperage on the label – Kelvin Cooperage. That’s really cool since we all know how important the barrels are to the final flavor of whiskey.

All of Rabbit Hole’s whiskeys are put into toasted and charred barrels at 110 proof. Each batch is 15 barrels or fewer, and non-chill filtered.