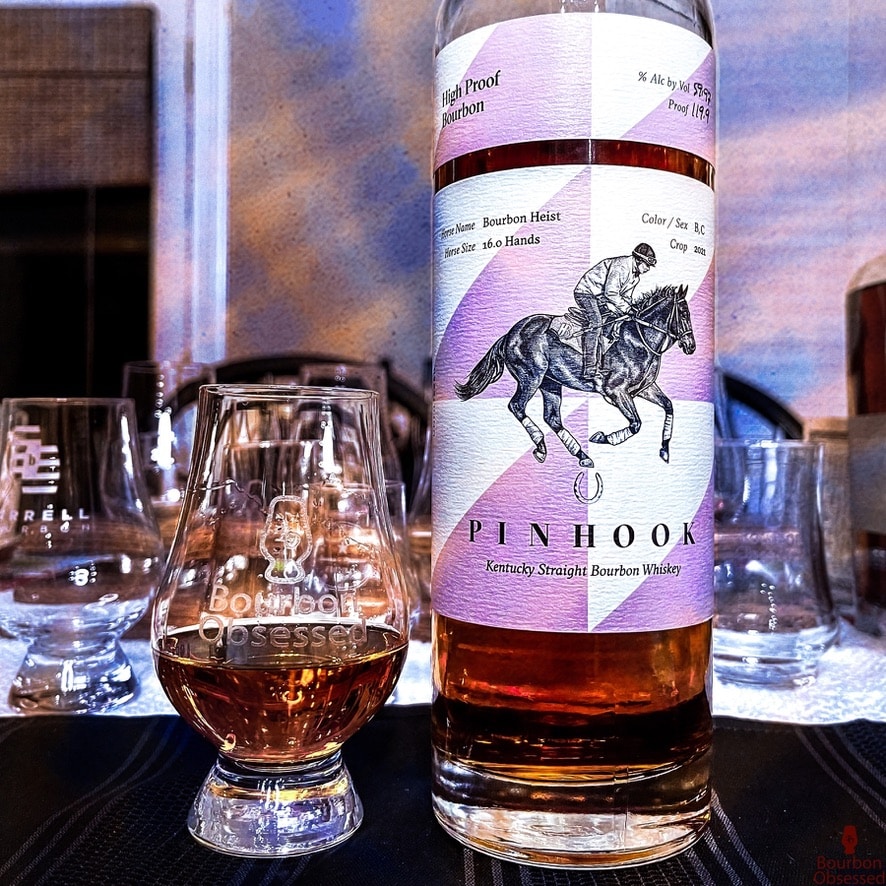 Please enjoy our Pinhook Bourbon Heist High Proof review! Pinhook Bourbon Heist High Proof is the latest bourbon release from Pinhook. As many of you know, Pinhook releases a new “Crop” of bourbons and ryes each year. Each bears the name of a real life thoroughbred identified by McMahon & Hill / Bourbon Lane Stables and each horse has either bourbon or rye in its name. Every year, both the bourbon and rye are named after a new horse, and the bourbon, and sometimes the rye, come in both high proof and lower proof options. Also released each year are bourbons and ryes which are part of the Vertical Series; these whiskeys will be released yearly as they age from 4-12 years. They are all named either Bourbon War or Tiz Rye Time and the latest releases for both are their 5 year olds.