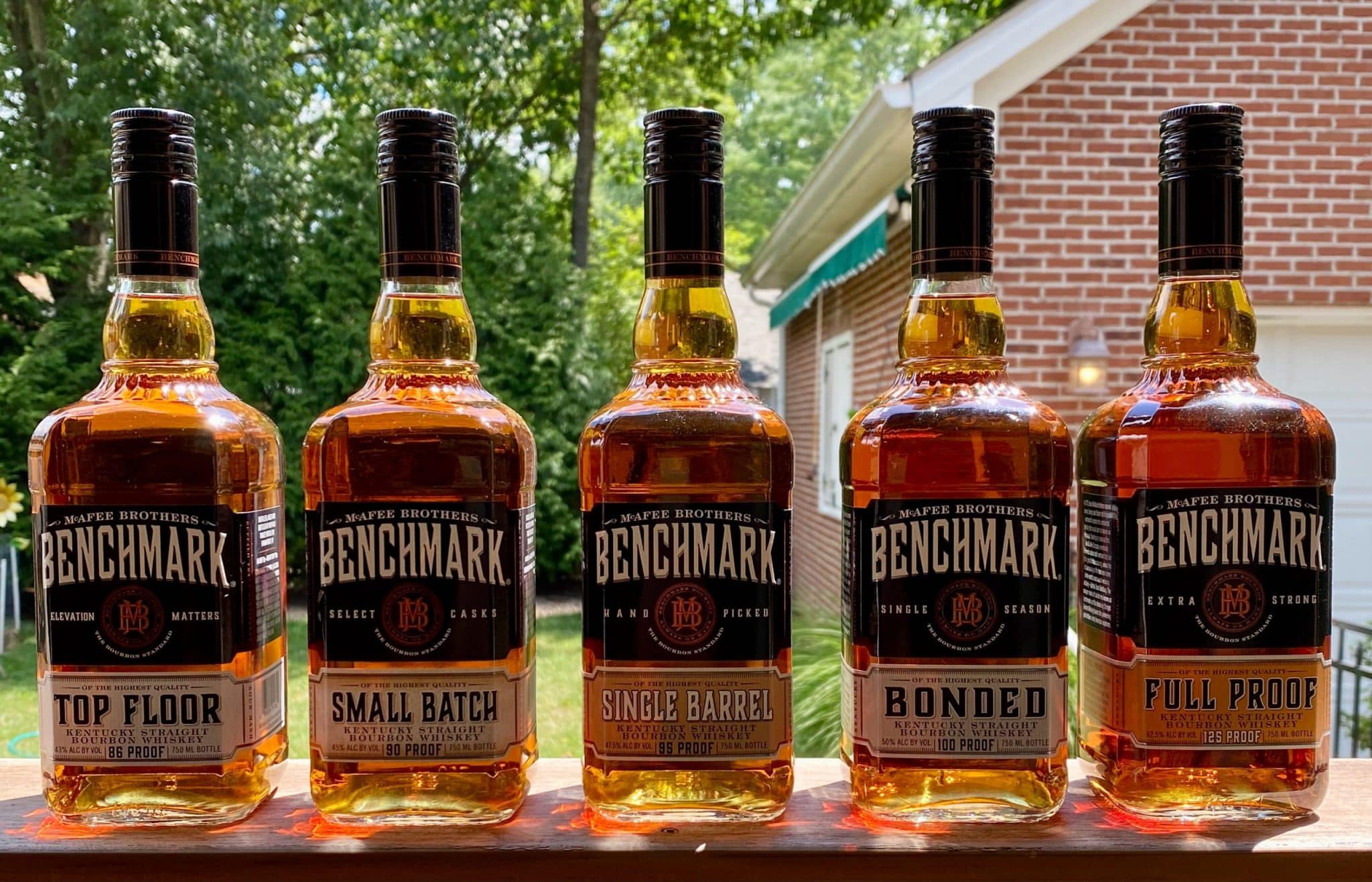 How often do we see a brand go from one “bottom shelf” bourbon to a whole new line of bourbons all at once? Not very often. But here they are, the Benchmark Bourbon Collection, 5 new bourbons all released at the same time. I was so intrigued, I had to drive to Indiana to get them!

There is very little information available about these bourbons, other than what is on their labels. Buffalo Trace states that the brand is named after the McAfee Brothers, who, back in the late 1700’s explored and surveyed the land that would become Kentucky, and specifically the land that would eventually be the site of the Buffalo Trace Distillery. The surveyor marks left behind are known as benchmarks, and that is where they say this bourbon gets its name.

Except, maybe it doesn’t. It seems that the brand had been originally created by Seagram’s in the late 1960’s and was produced at the Four Roses Distillery. Back in the day, their slogan was: “Measure your bourbon against it.” That would imply that the brand was named after a different definition of benchmark, specifically: “a standard or point of reference against which things may be compared or assessed.” The brand was purchased by Sazerac (the parent company of Buffalo Trace) in either 1989 or 1992, depending on who you read. Sazerac then added the McAfee name, and crafted a new story to go with it.

The five new bourbons are (according to the descriptions on their labels):

👉🏻Top Floor: at 86 proof, is said to age on the top warehouse floors
👉🏻Small Batch: at 90 proof, is made by combining select barrels into a small batch
👉🏻Single Barrel: at 95 proof, we are told that the best barrels are selected to become single barrels
👉🏻Bonded: a bottled in bond bourbon (100 proof)
👉🏻Full Proof: at 125 proof, this bourbon is bottled at the same proof that it enters the barrel

So there you have it. The new Benchmark Bourbon Collection. There are certainly some similarities between the names of these bourbons and Sazerac’s 1792 line. I am eager to give these a try. Stay safe you all. Cheers!🥃