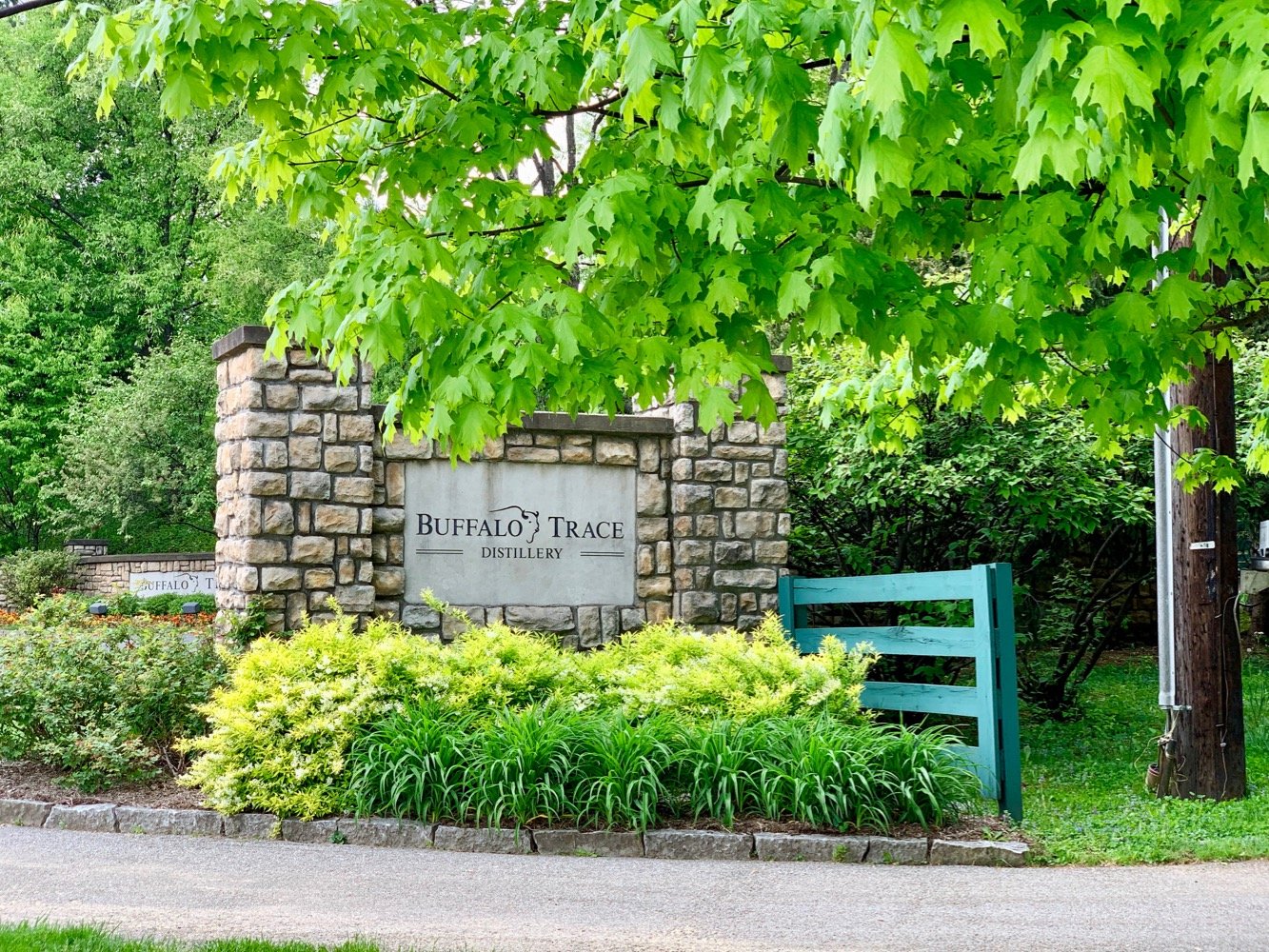 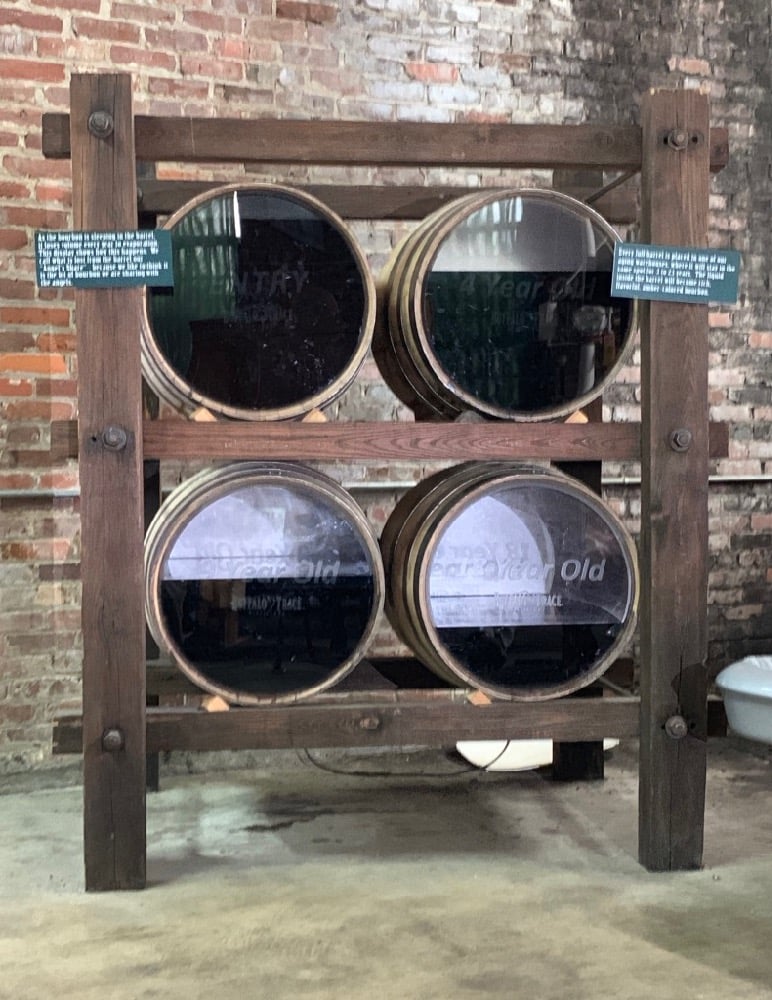 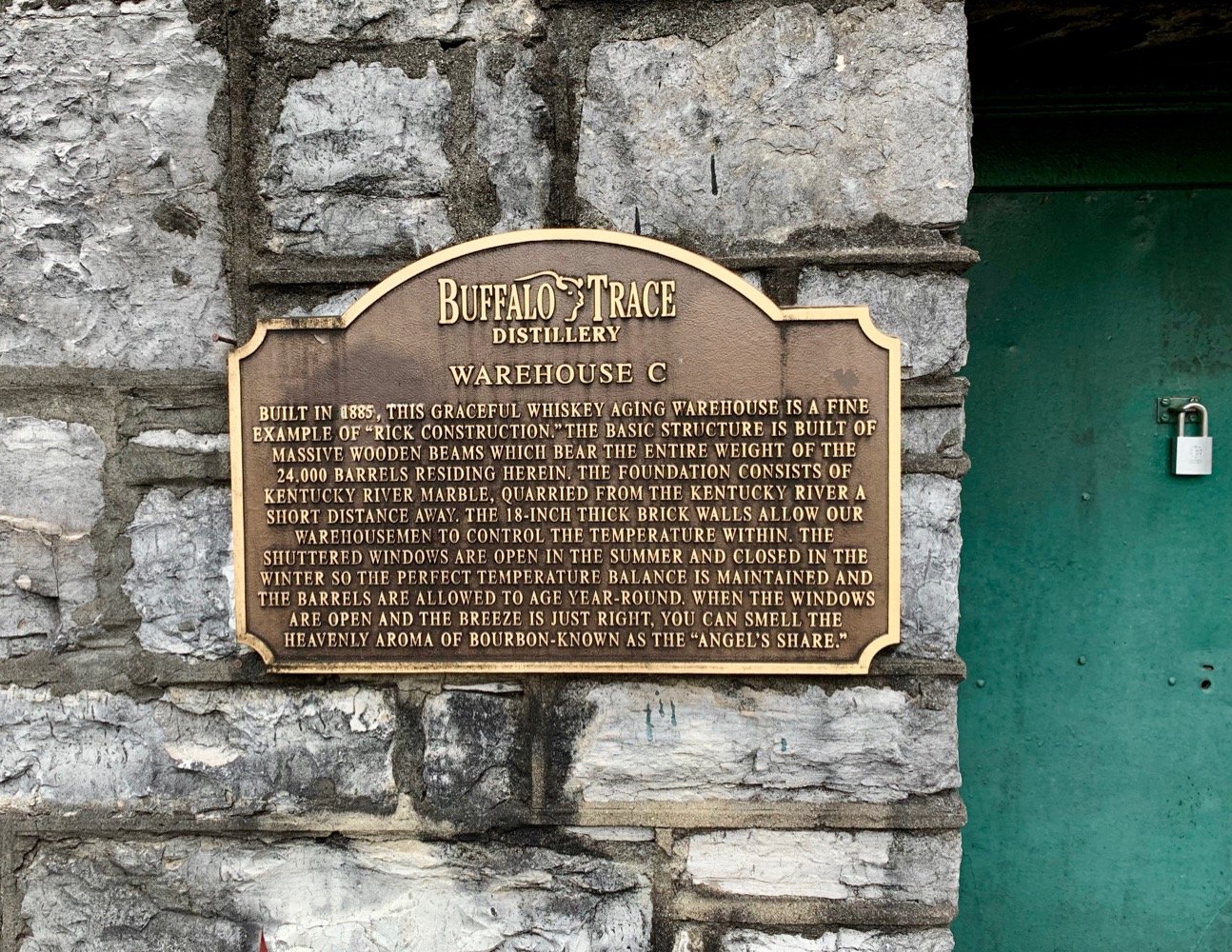 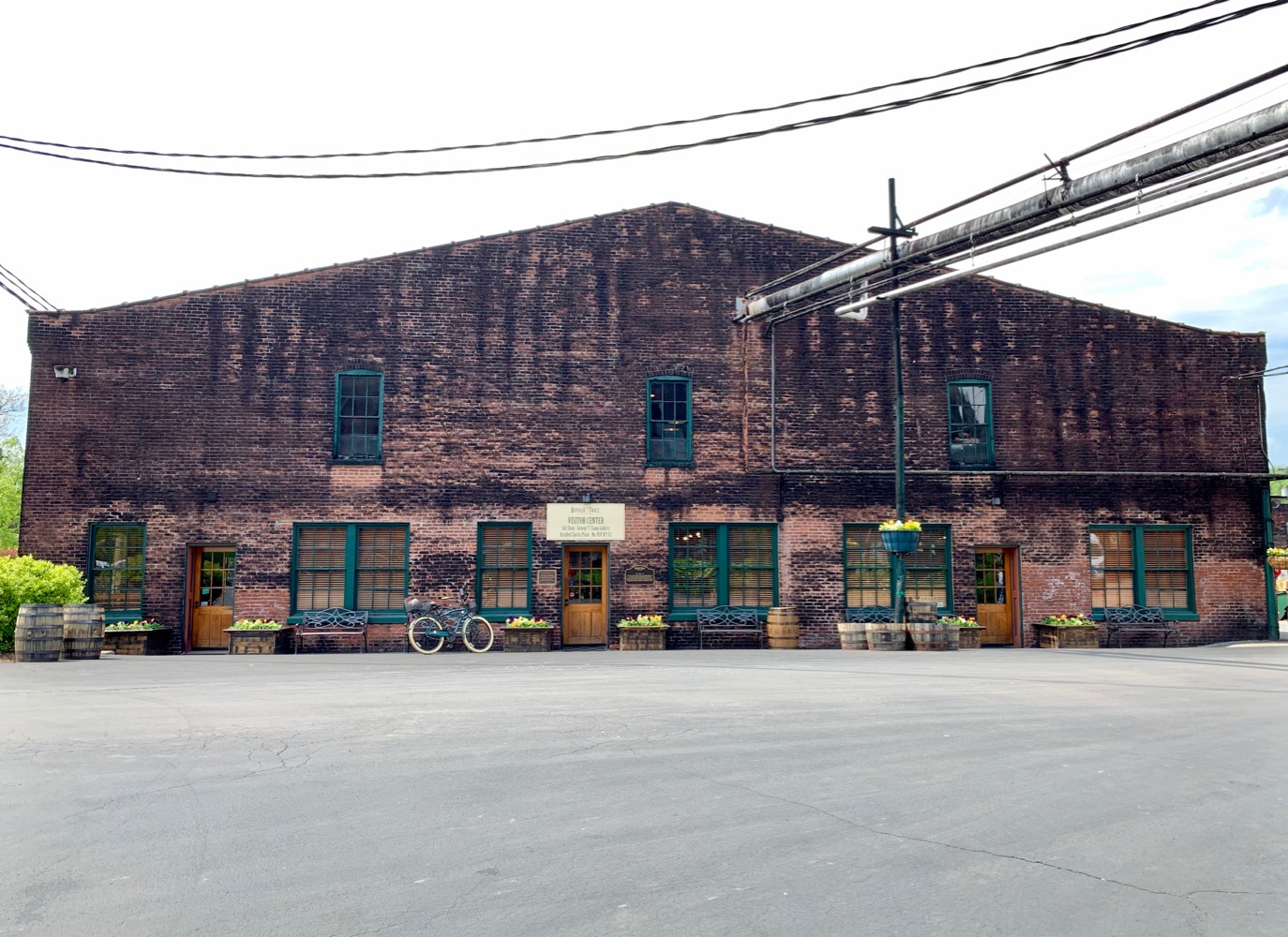 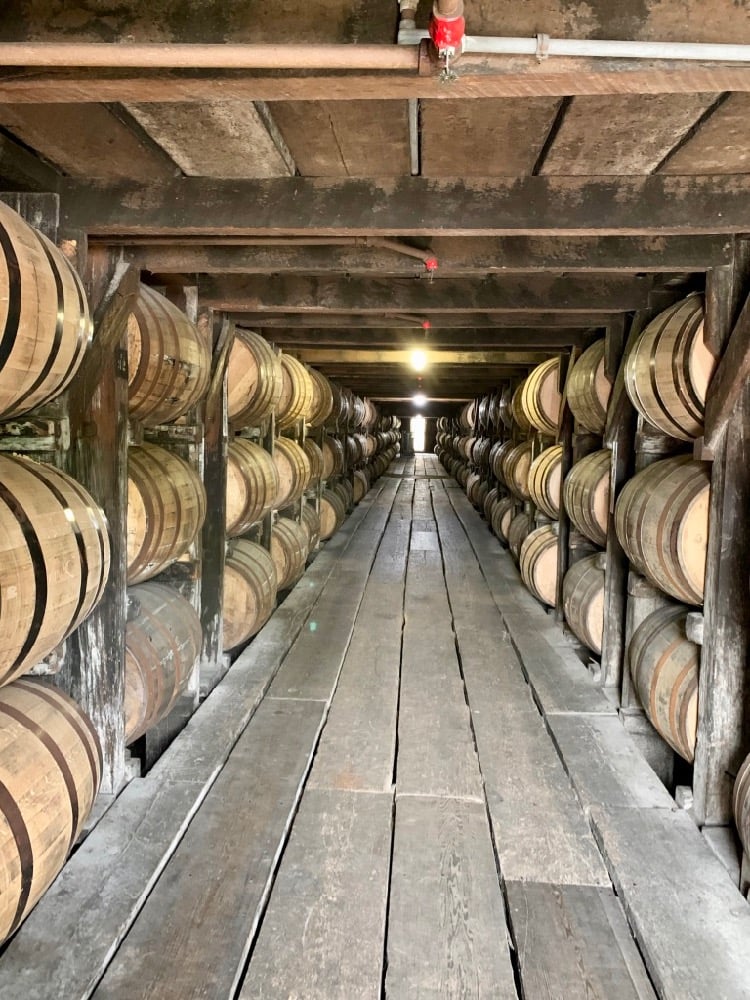 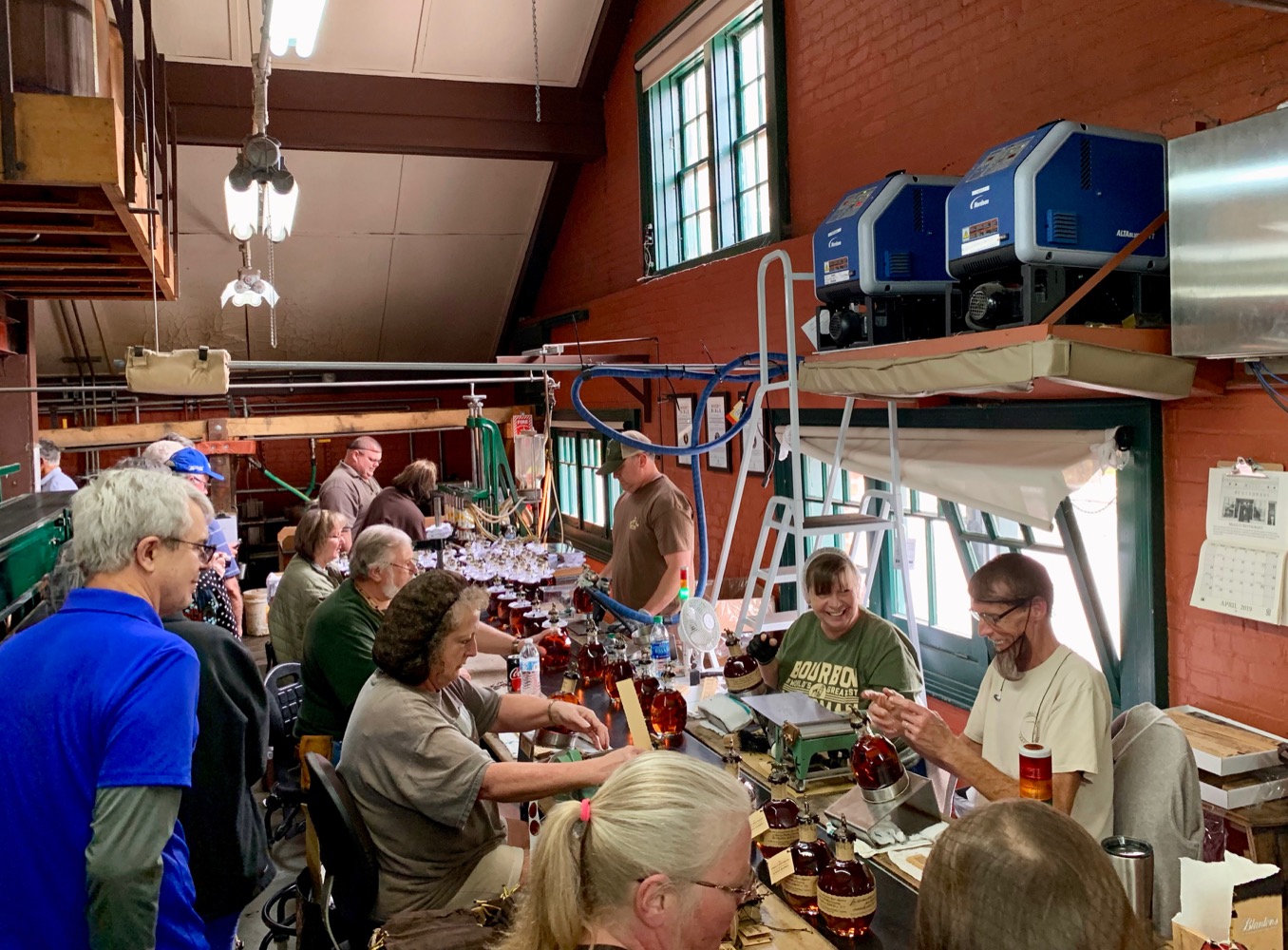 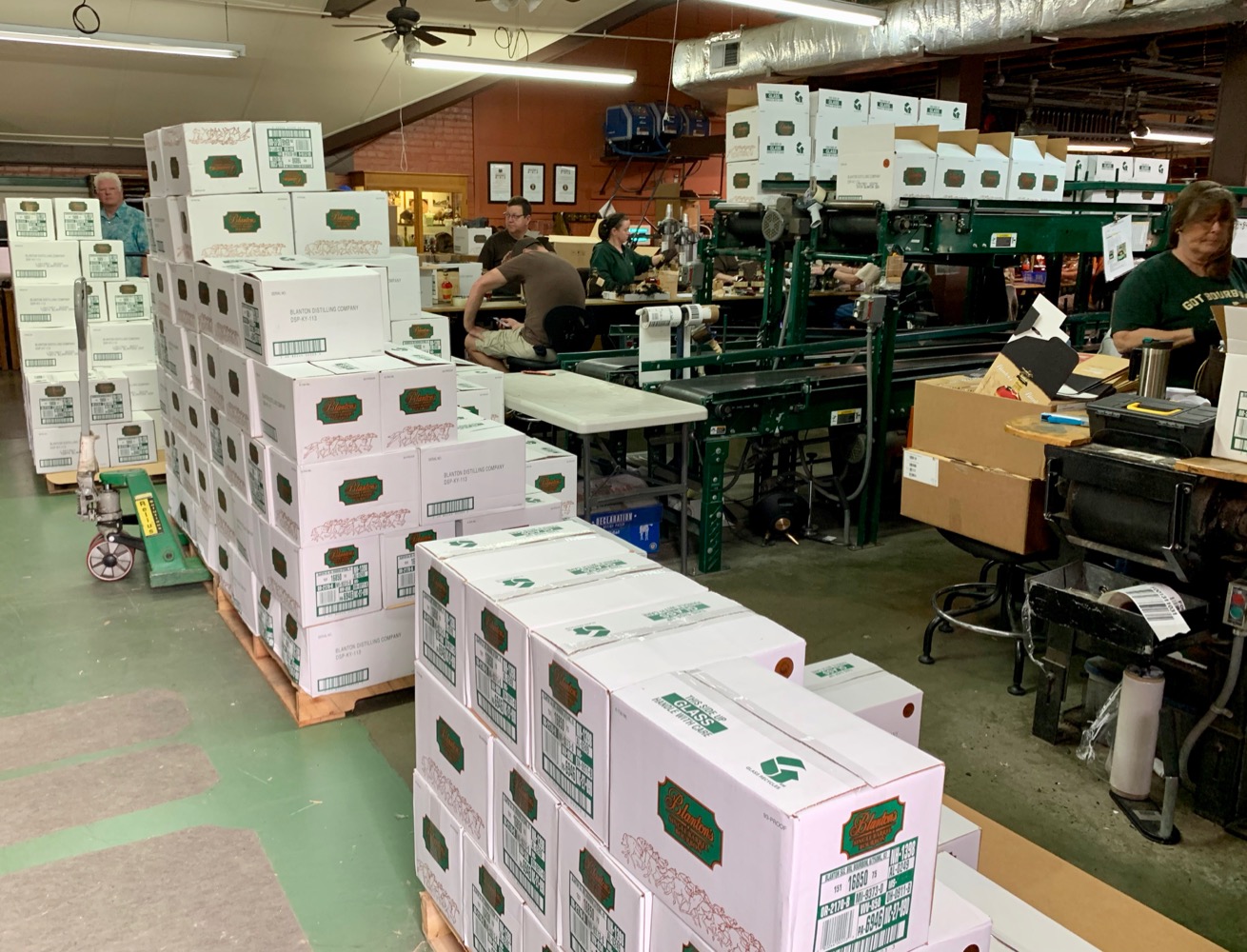 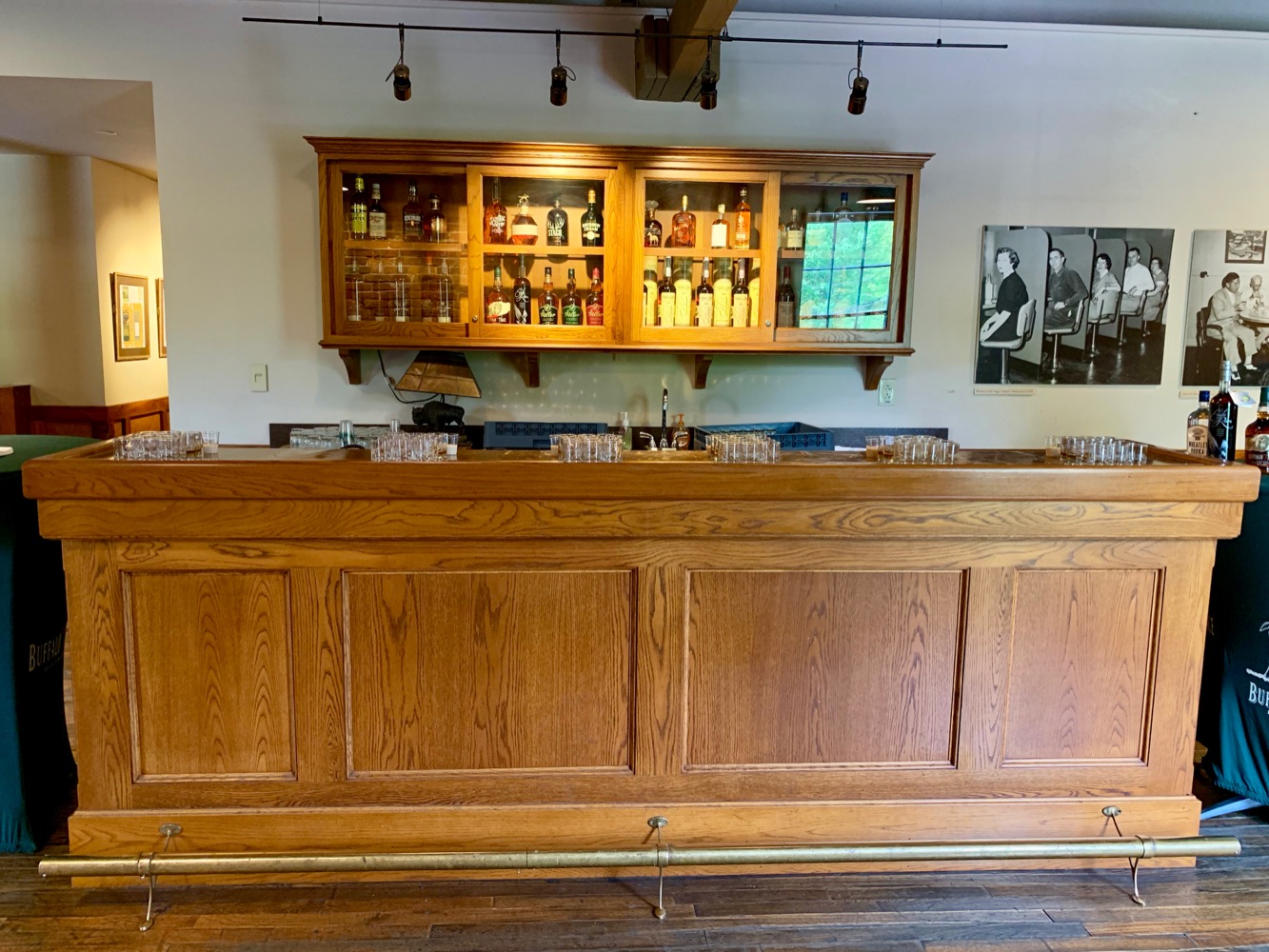 Tasting Bar at Buffalo Trace Distillery
113 Great Buffalo Trace
Frankfort, KY 40601
800-654-8471 or 502-696-5926
Among distilleries anywhere, Buffalo Trace is top notch, and we’ll tell you just a few of the reasons why.  First, tours are free.  Yes, all seven currently offered tours are free of charge.  Second, the different types of tours available are impressive. Whether you want a general overview of the distillery, the distilling process, or the barreling program, there’s a tour for you.  We chose the Trace Tour, which is the only tour that does not require reservations and only one of two tours open to all ages.   This tour runs on the hour Monday-Saturday, 9-4 and Sunday, 12-3.  Based on visitor flow, tours may run more frequently during the hour.  For example, the day we toured, the Trace Tour was being offered every 20-30 minutes, but your results may vary.  This tour is a great option if you are not able to plan ahead, or find yourself looking for something to do when your travels take you near Frankfort, KY.  And finally, Buffalo Trace is a National Historic Landmark.  Designated in 2013, the grounds are beautifully groomed and the historic buildings transport the visitor to another time.
Parking is easy at distillery.  The paved lot is large, and the ample signage directing the way, makes it quick.  Motorcycle parking is located in the far northwest corner of the lot up front by the very large warehouse C.  All tours begin at the Visitor Center, which is directly across from the previously mentioned very large warehouse C.  Everyone is greeted upon entering the Visitor Center and asked if they are interested in, or have a reservation for, a tour.  We wanted to take the Trace Tour and so we were immediately directed to the porch area where our tour would start in about 5 minutes.
After a brief introduction by our tour guide, we first headed to the nearby Free House where we saw an interesting video on the history of the Buffalo Trace Distillery.  After the video, our guide explained the basics of aging the bourbon and was aided by a nifty display which included 4 barrels of bourbon with see through barrel heads. Each barrel was at a different stage in the aging process:  one at entry level, the next at 4 years, then 9 years, and finally 18 years.  All 4 barrels had a different level and color of bourbon.  It was a great visual aid for the explanation of the changes that take place during aging, including the yearly loss of bourbon due to evaporation (known as the “angels’ share”).

Our next stop brought us to the very large warehouse C.  We walked in and immediately the sweet smell of the 24,000 barrels of aging bourbon whiskey overwhelmed our senses.  Here we learned a little about how Buffalo Trace warehouses and ages their products.

The Albert B. Blanton Bottling Hall was our final dabble into the world of the Buffalo Trace distillery.  This tiny building is an active bottling facility for Blanton’s bourbon and amazingly it is all done by hand.  It was fun and surprising to see how many steps are required for the finished bottle.
The Trace Tour, like most, ends where it began back at the visitor center.  This time we headed to the second floor for our tasting.  Five products were available for tasting.  They included the White Dog, Wheatley Vodka, Buffalo Trace Bourbon, Eagle Rare Bourbon, Bourbon Cream, and of course, a bourbon ball.  Our tour lasted approximately one hour. Overall, we really enjoyed our time at Buffalo Trace, and will definitely return to take advantage of the other available tours.
A note about the Buffalo Trace Distillery Tours:
Regarding the other six tours, all are available Monday-Friday, except for the Ghost Tour which is currently offered Thursday-Saturday. With the exception of the Ghost Tour, the remaining tours are open to visitors 12 years old and up.  Check out buffalotracedistillery.com and choose the “Visit Us” link.  This will take you to all the tours offered and their respective descriptions.  Use the “Request Reservation” link to check availability on the date of your visit.  Their calendar is very helpful in that it shows exactly how many spots are open each tour time offered.