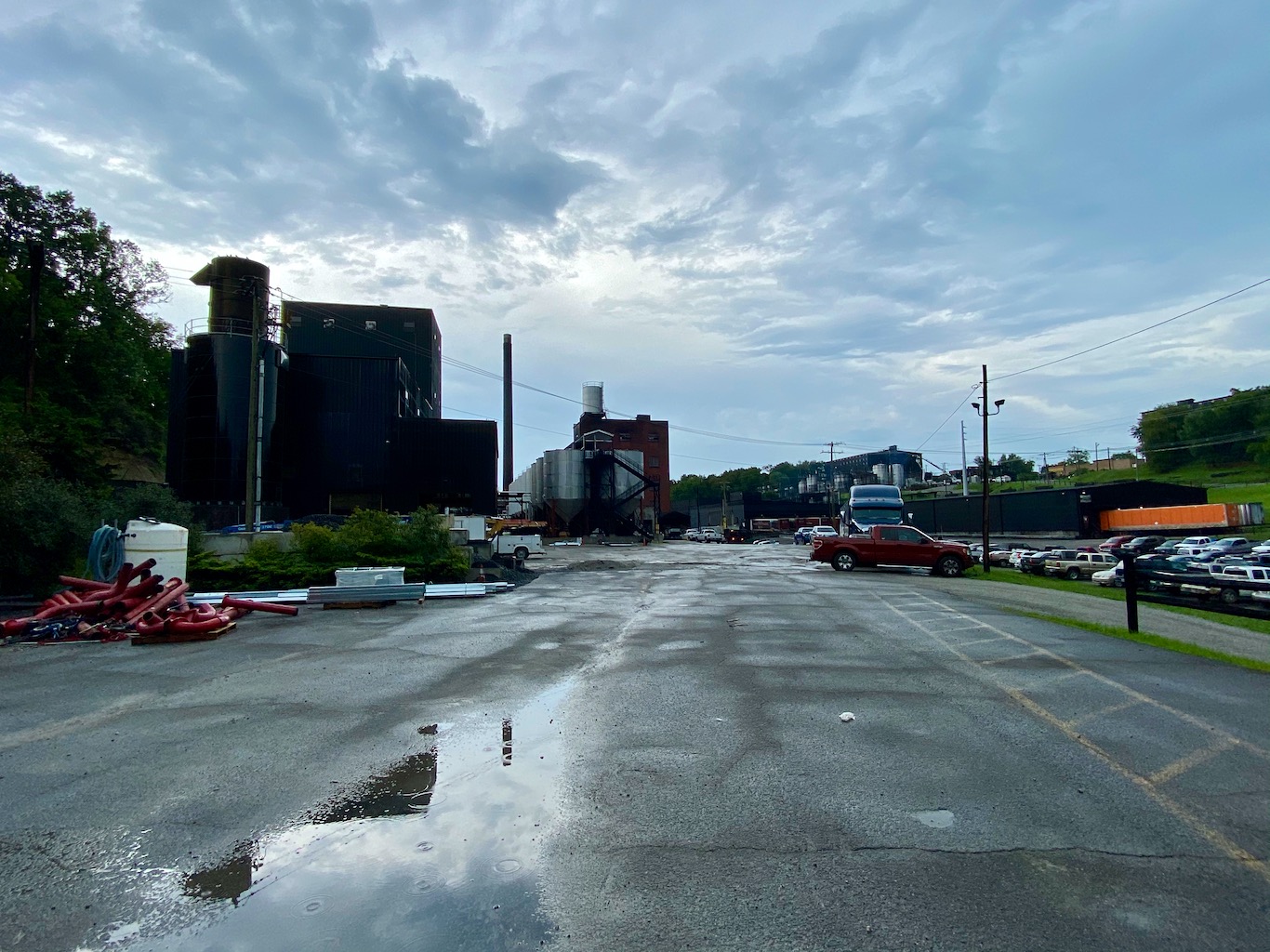 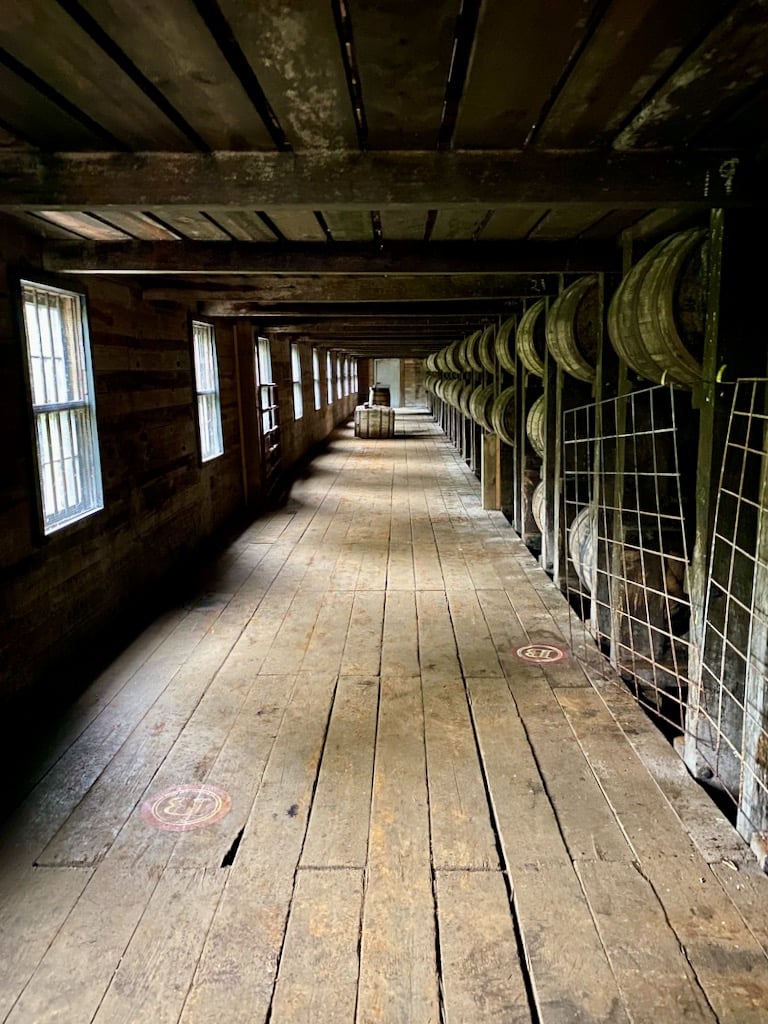 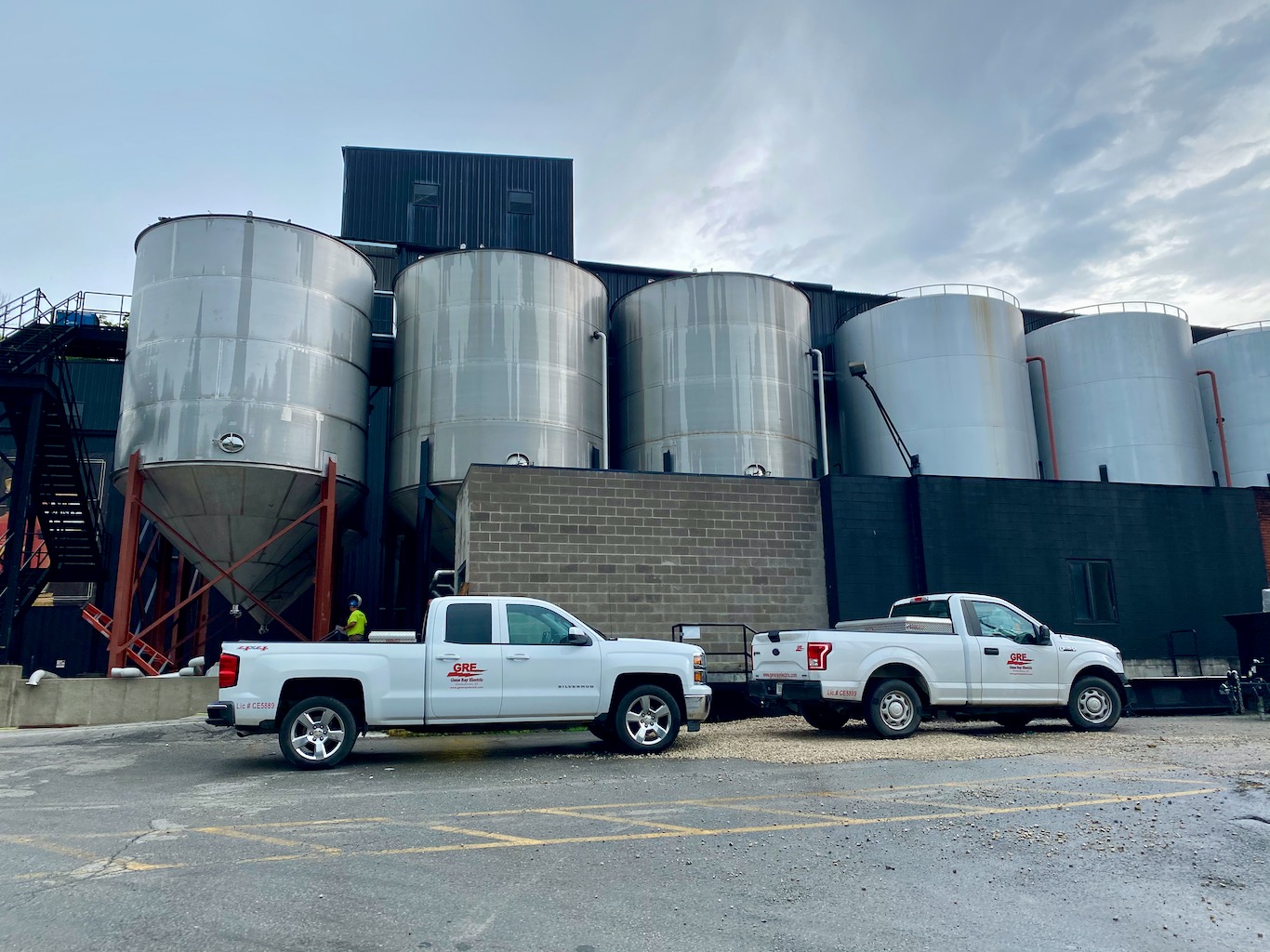 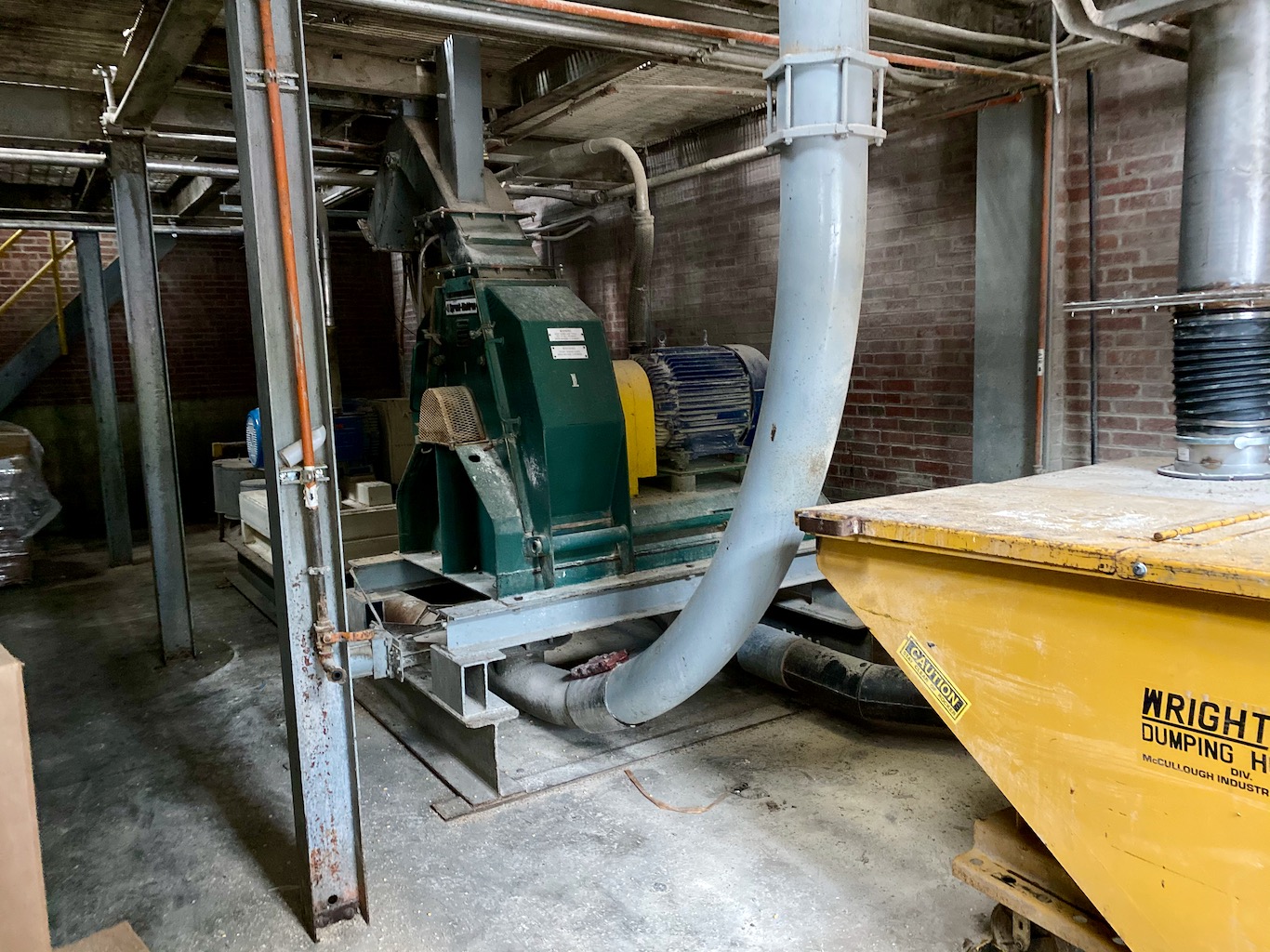 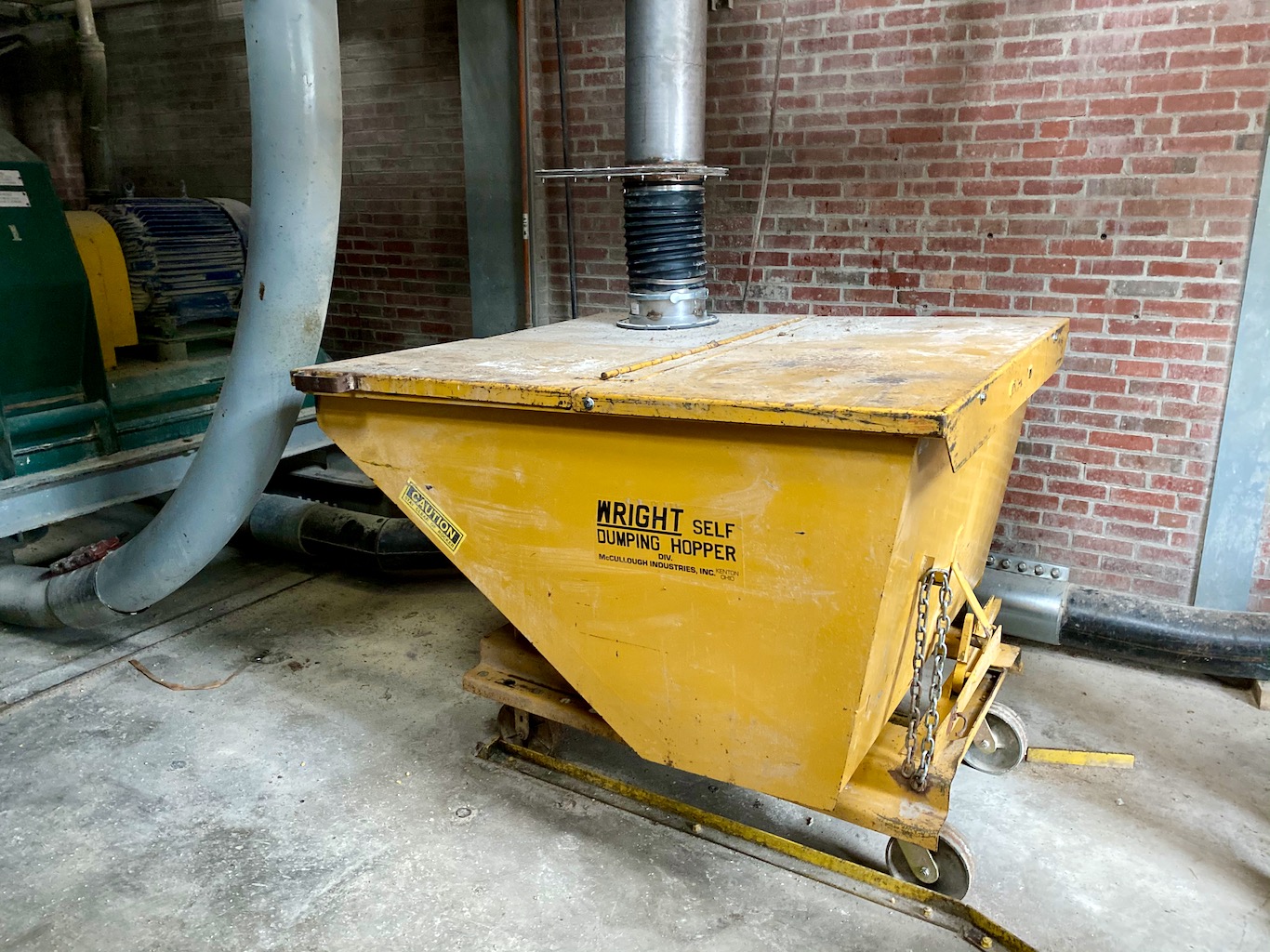 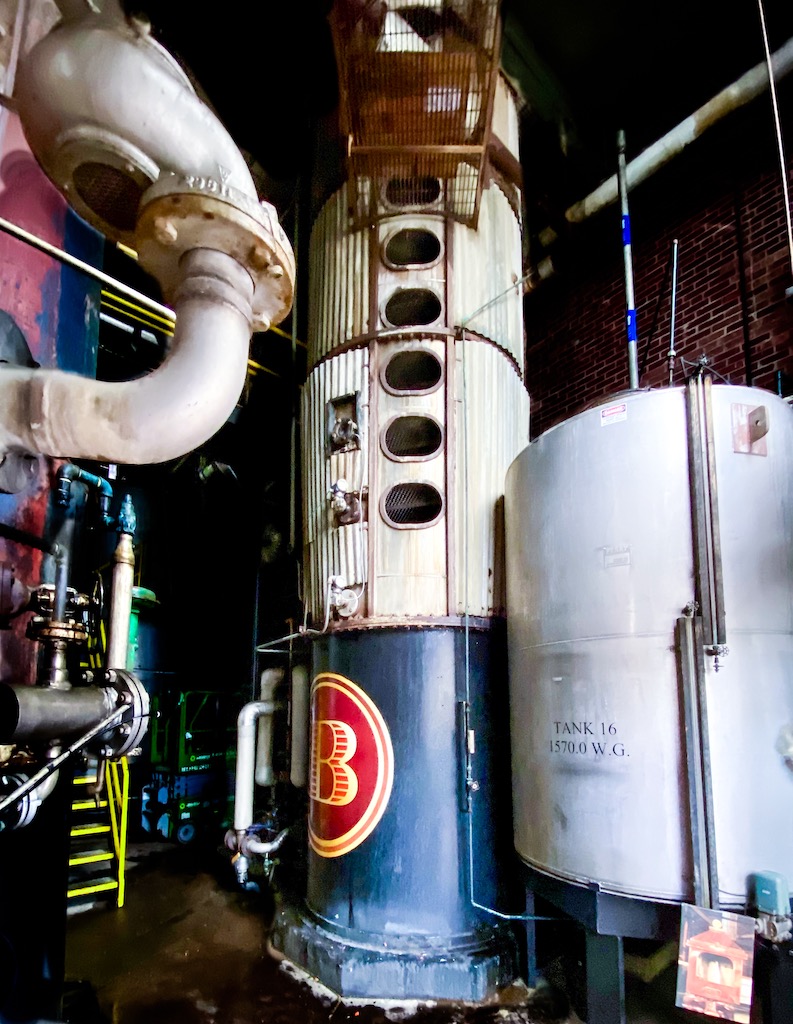 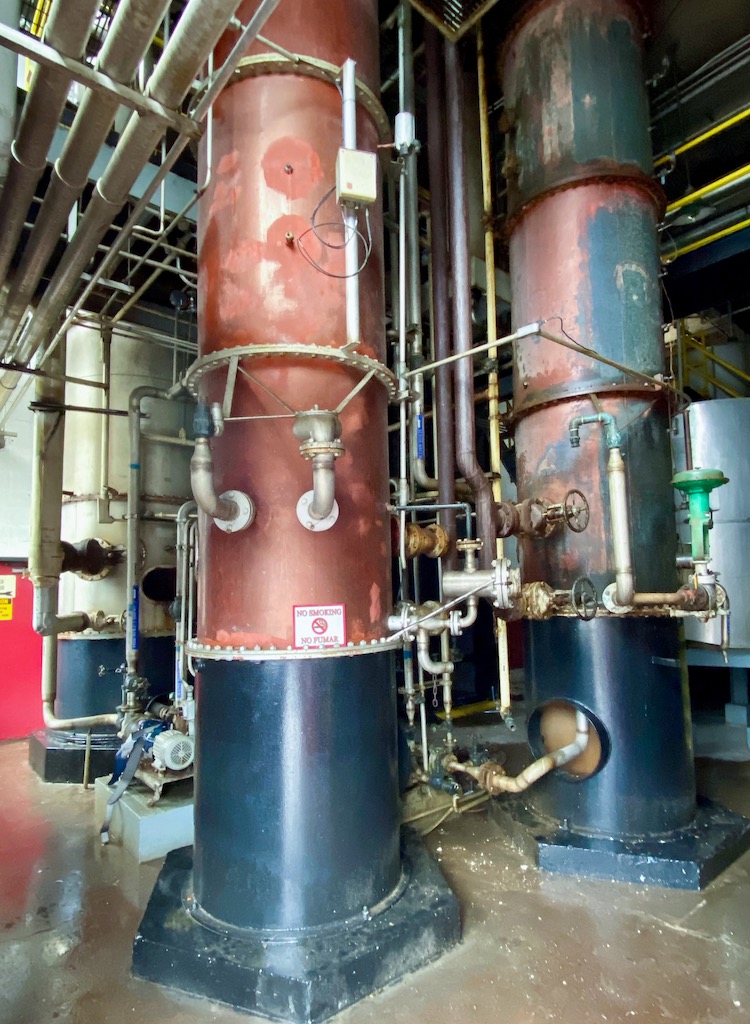 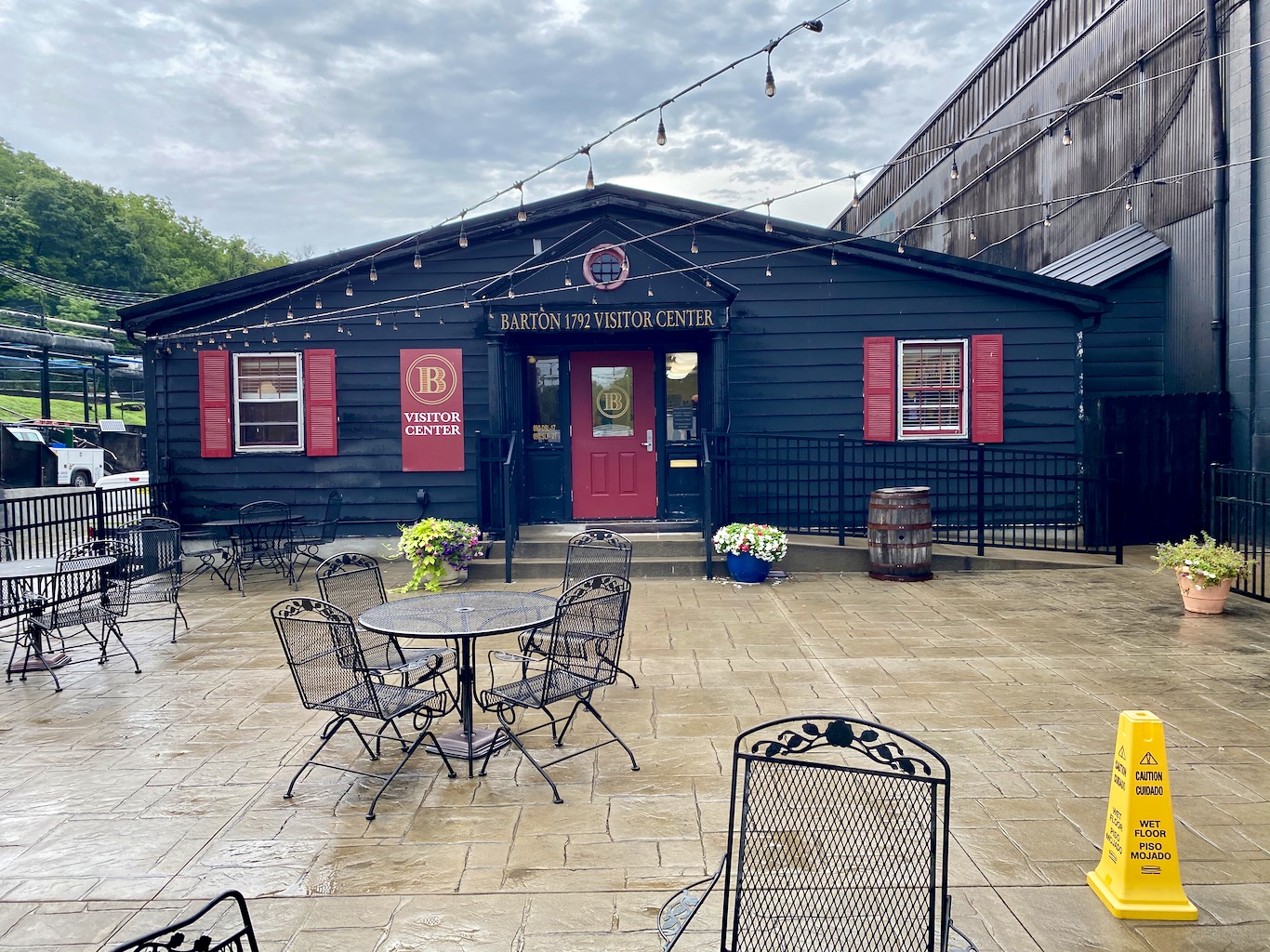 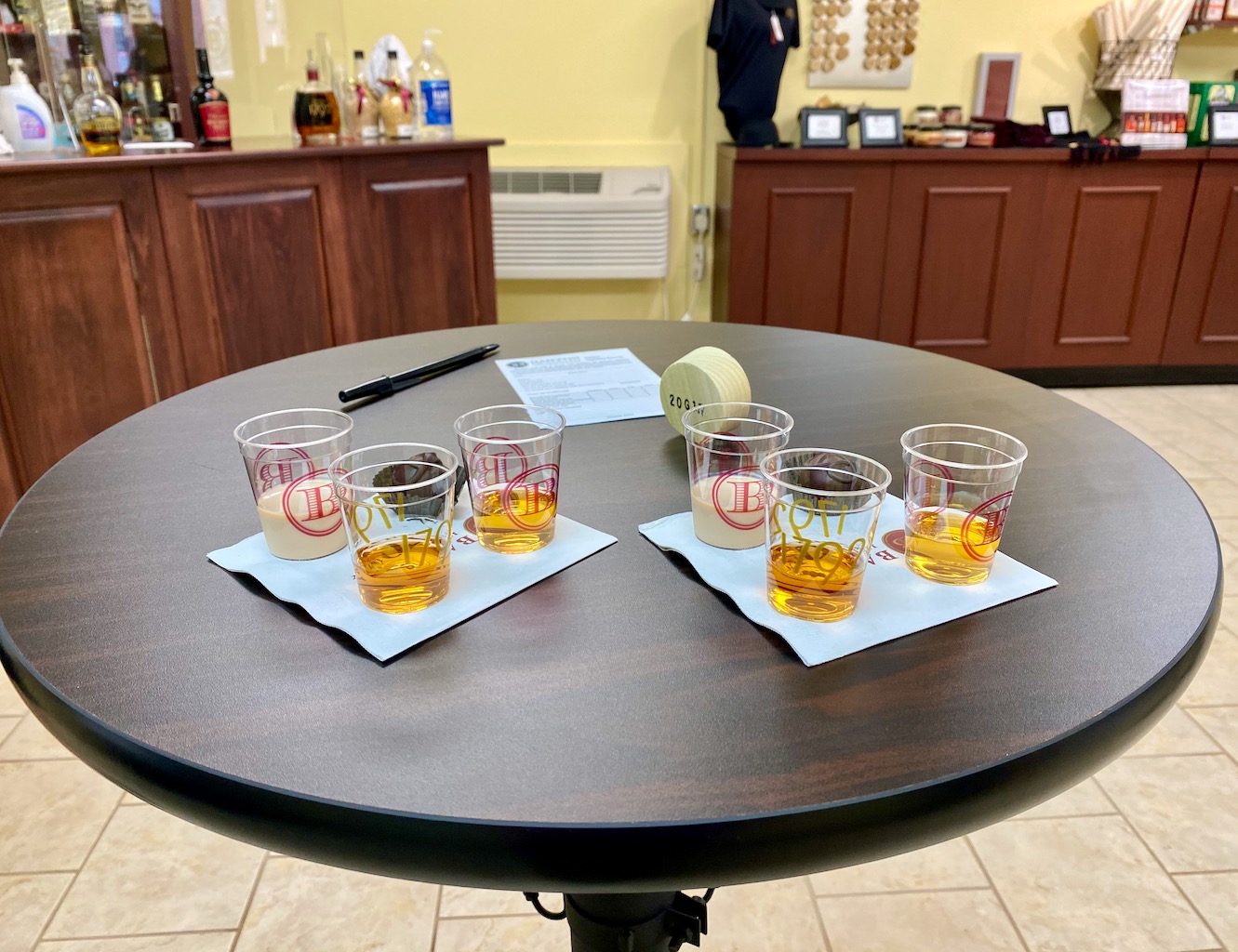 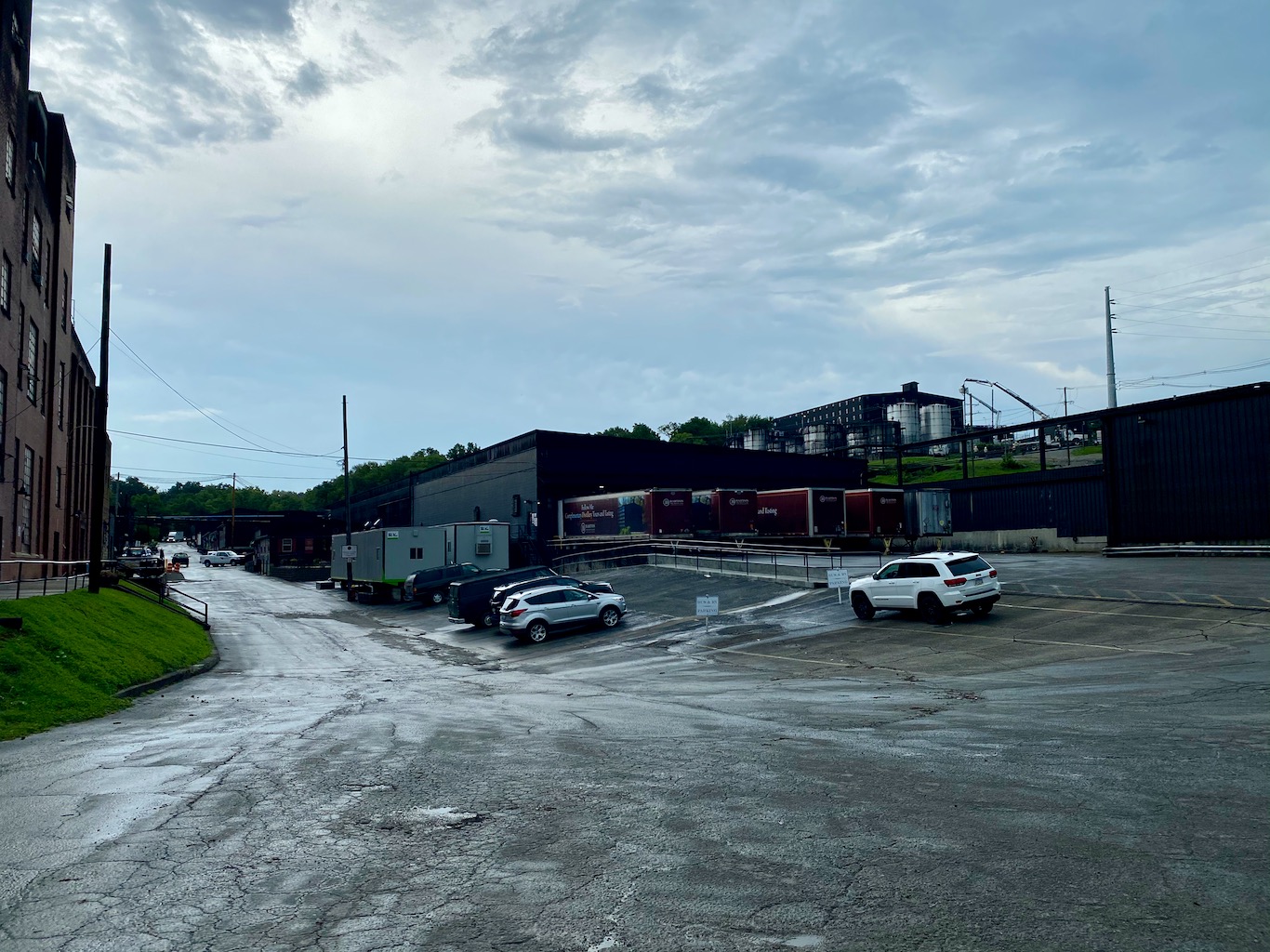 Click here to see a short video of our visit
402 Cathedral Manor
Bardstown, KY 40004
Phone: (502) 331-4879
The history of the Barton 1792 Distillery runs deep. The company was founded in 1879 and is the oldest operating distillery in Bardstown, Kentucky, (except of course for that pesky period of prohibition).  Its past is a bit complicated.  In the late nineteenth century, names like Franke & Willett Distillery and Mattingly & Moore Distillery were in play. These two names identified the same distillery property which was located adjacent to Barton’s current distillery site. Thomas Moore of Mattingly & Moore, struck out on his own in 1899.  He purchased 80 acres next the Mattingly & Moore distillery and opened the Thomas Moore Distillery.  When his neighbor went bankrupt in 1916, Moore purchased the property and it is this combined 196 acres that created the current Barton Distillery.  A few more name changes took place after Moore. Barton replaced Moore in 1944 courtesy of new owner Oscar Getz and 1792 was added by Constellation brands around 2002.  Now owned by the Sazerac Company since 2009, Barton 1792 produces the flagship brands of the Very Old Barton and the 1792 (formerly known as Ridgemont Reserve 1792) bourbon lines.
A visit to the Barton 1792 Distillery is a bit different than many of the other distilleries on the Kentucky Bourbon Trail. When we entered the distillery grounds, the first thing that struck us was how industrial looking the distillery was. Unlike many of the other Kentucky distilleries, which have well manicured picturesque grounds, the Barton 1792 Distillery is all business. Throughout the tour we were amongst 18 wheelers, loading docks, and constant activity, even though our visit was during their summertime distilling shutdown.

In an effort to limit the spread of COVID-19 onto their property, Barton has taken 2 notable actions. The first being a newly established visitor’s center just outside of the main gates, at 402 Cathedral Manor. Tours now begin here, and visitors are brought down to the distillery proper on a shuttle bus. The old visitor center located on the distillery grounds is now used as the tasting room and gift shop where the tours conclude. The second action the distillery has taken is to limit each tour to no more than 6 guest per tour and reservations are required.

Our tour began outside near the old visitor center. As we took in the sprawling distillery grounds, our tour guide, Frank, regaled us with the history of the Barton 1792 Distillery. After the distillery was established it operated continuously until it was shut down during prohibition. Finding themselves with 45,000 barrels of whiskey, they sold these to the Stitzel-Weller Distillery and Brown-Forman. The distillery was then resurrected in 1934 by Tom Moore’s son, Con. It was then sold to Oscar Getz and Lester Abelson who renamed it Barton, a name that Getz allegedly literally pulled out of a hat. Soon after taking control, like many of the distilleries during World War II, operations were converted to produce industrial alcohol for the war effort. After the war, Barton was converted back to a beverage alcohol distillery, and was operated under Getz until his retirement in 1983. It subsequently changed hands multiple times until finally being purchased by the Sazerac Company in 2009.

After our history lesson, our first stop was Warehouse H. This 7 story behemoth holding 22,000 barrels is the largest of Barton’s 29 warehouses. Honestly, after their all too recent warehouse collapse in 2018  it was a little disconcerting being inside this old building.  While whiskey is stored to age in the ricks throughout this building, the lower levels of this warehouse, floors 1-3, are used for aging Paul Mason brandy. The used bourbon barrels are refilled on site with the brandy, then aged for 2-3 years.

After emerging from Warehouse H, we had a nice overview of many of the distillery buildings.  To our right there was the large building which houses the 9 bottling lines in use at Barton, but unfortunately a peek inside was not part of our tour. We then walked past the 18 large outdoor fermenters on our way to the distillery proper. Grain is ground utilizing the two onsite mills which can grind 1000 pounds per minute. Barton uses 8-10 truckloads of corn daily, obtained from farms within a 75 mile radius of the distillery.

After grinding, the grains head to the two 12,500 gallon cookers where 2500 gallons of backset is mixed in with the freshly milled grains. Once cooked, the mash then heads to one of the 18 outdoor fermenters, and after a few days of fermentation, it’s off to the still. The still is impressive. While we could only see the lowest portion of it from the ground level, it is “still” (I’m here all week) impressive! The still measure 55 feet tall and 6 feet in diameter.  At the top, well beyond our view, there is a doubler which puts out the final 138 proof product at 35 gallons a minute. Interestingly, in the same room are three additional column stills that are no longer used. It would be prohibitively expensive for Sazerac to remove them, so they were just left in place. Approximately 750-800 barrels of bourbon are produced daily. Every drop is barreled and aged on site. Aging is 3-6 years for the Very Old Barton line and 7-10 years for the 1792 line (except for the 1792 Aged Twelve Years, which is, well, aged 12 years). The barrels are eventually dumped and the bourbon bottled on one of the 9 bottling lines.

There are many additional Sazerac products produced at this distillery, including Ten High, Kentucky Gentleman, Kentucky Tavern, and a host of others.

A visit to the Barton 1792 Distillery gives one a taste of a completely different type of distillery than all the others on the Kentucky Bourbon Trail. It is definitely worth a visit, and a great thing about it is, it’s free!

Click here to see a short video of our visit