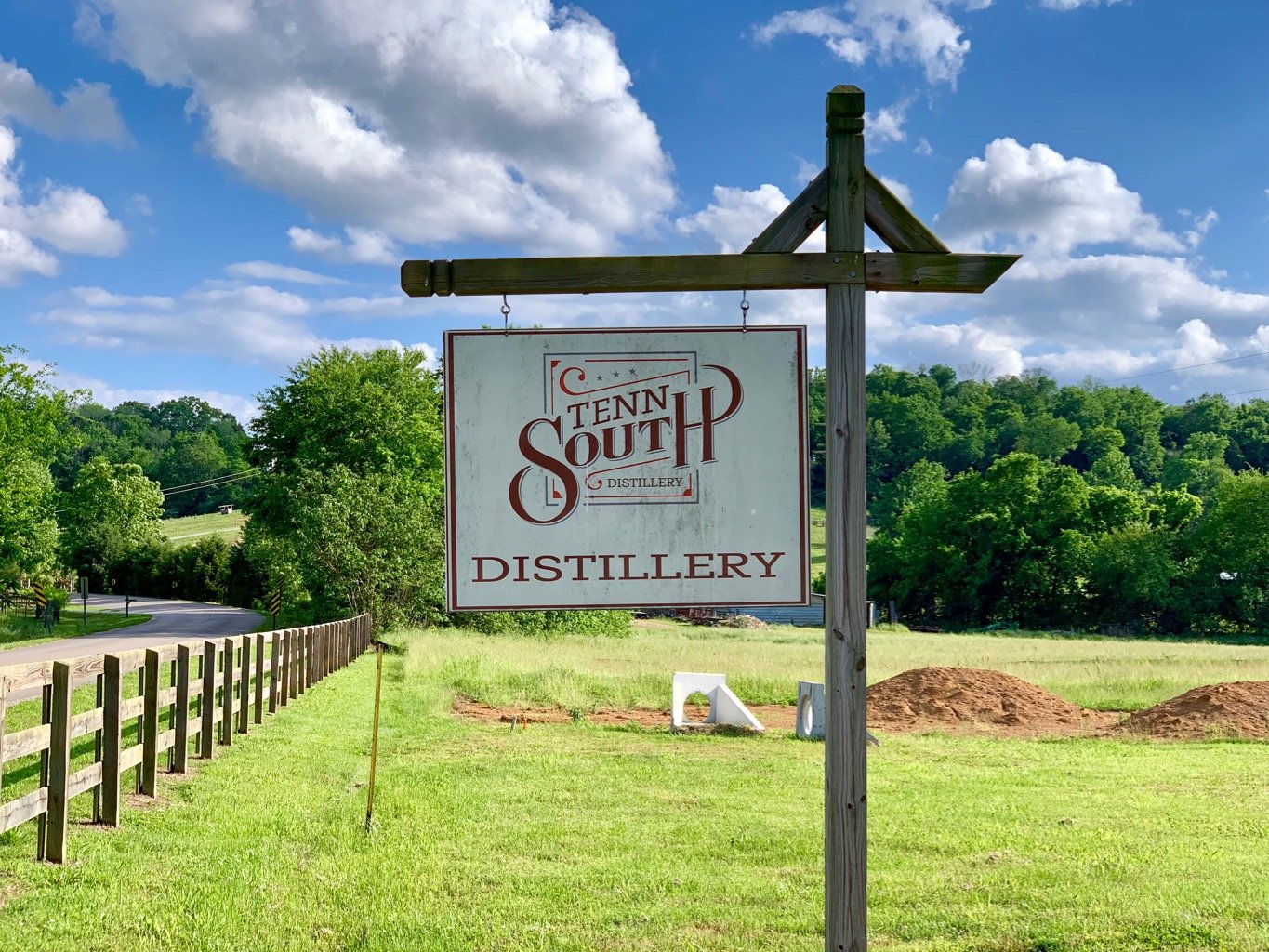 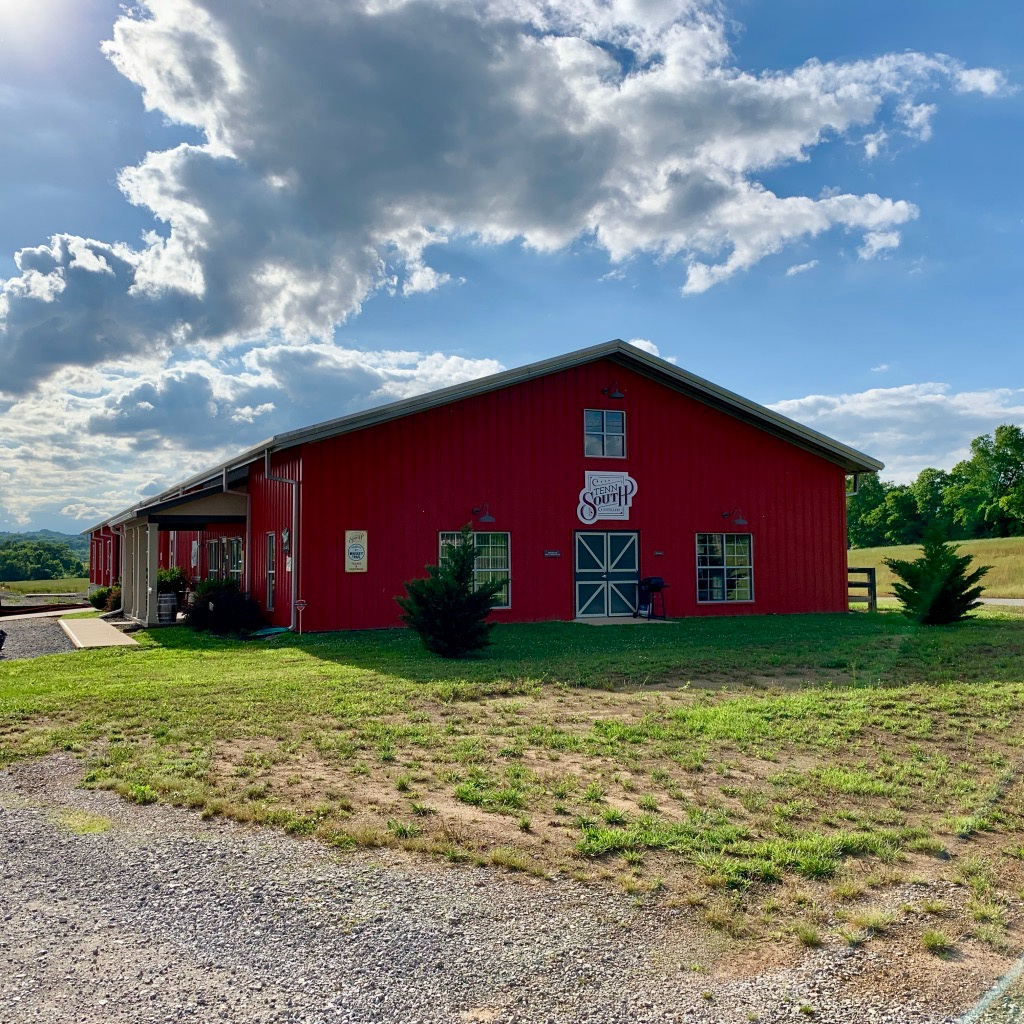 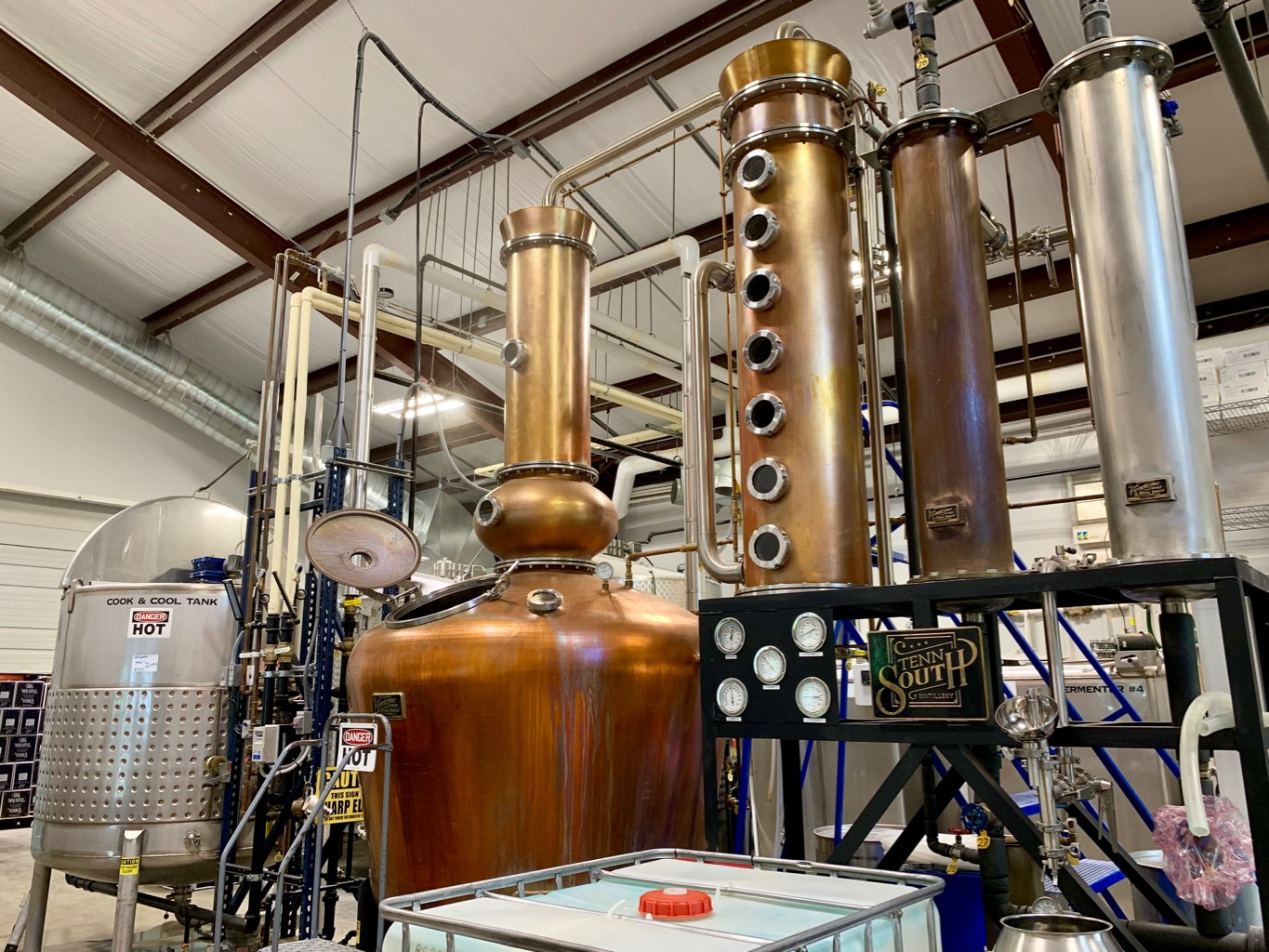 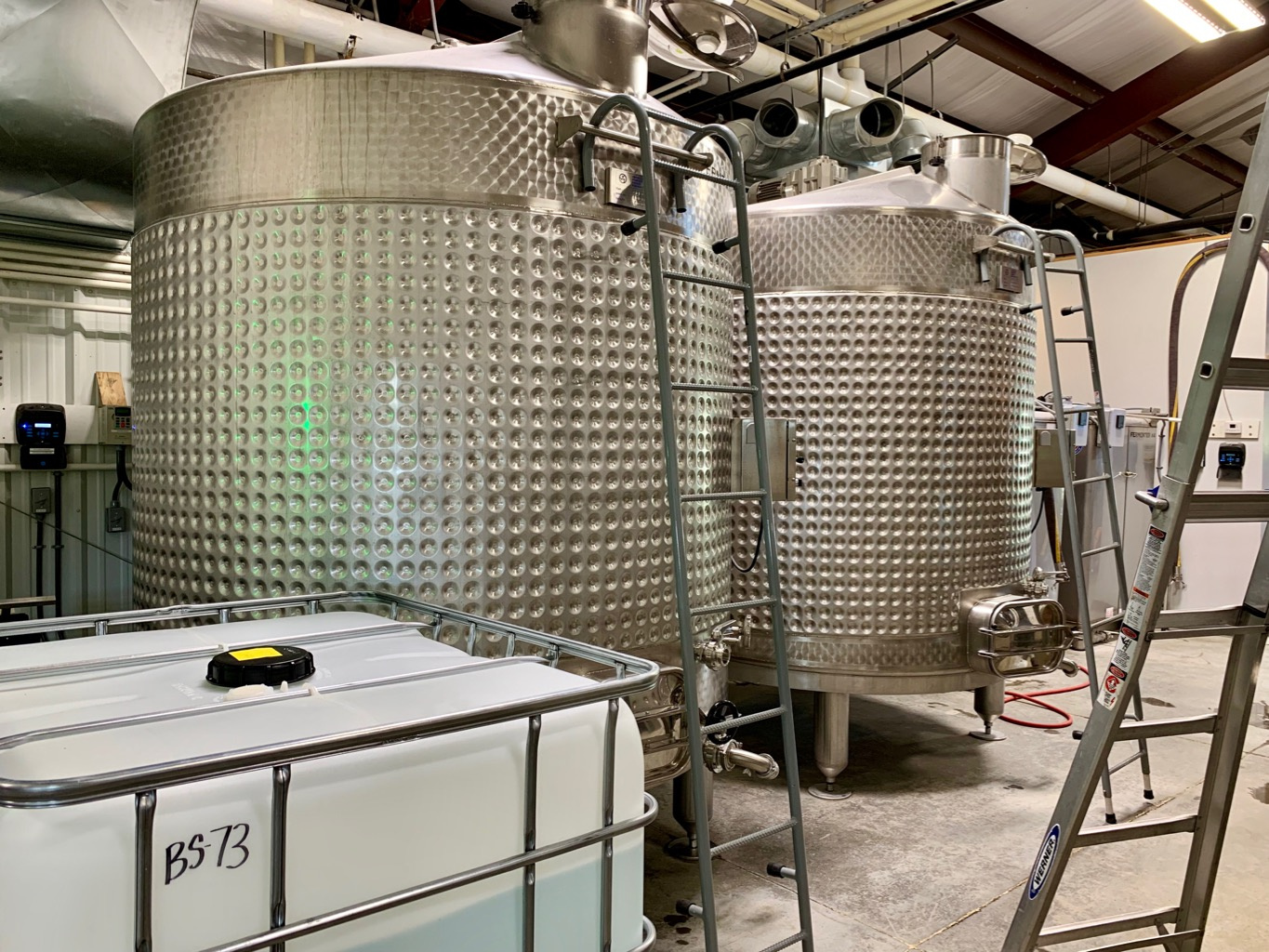 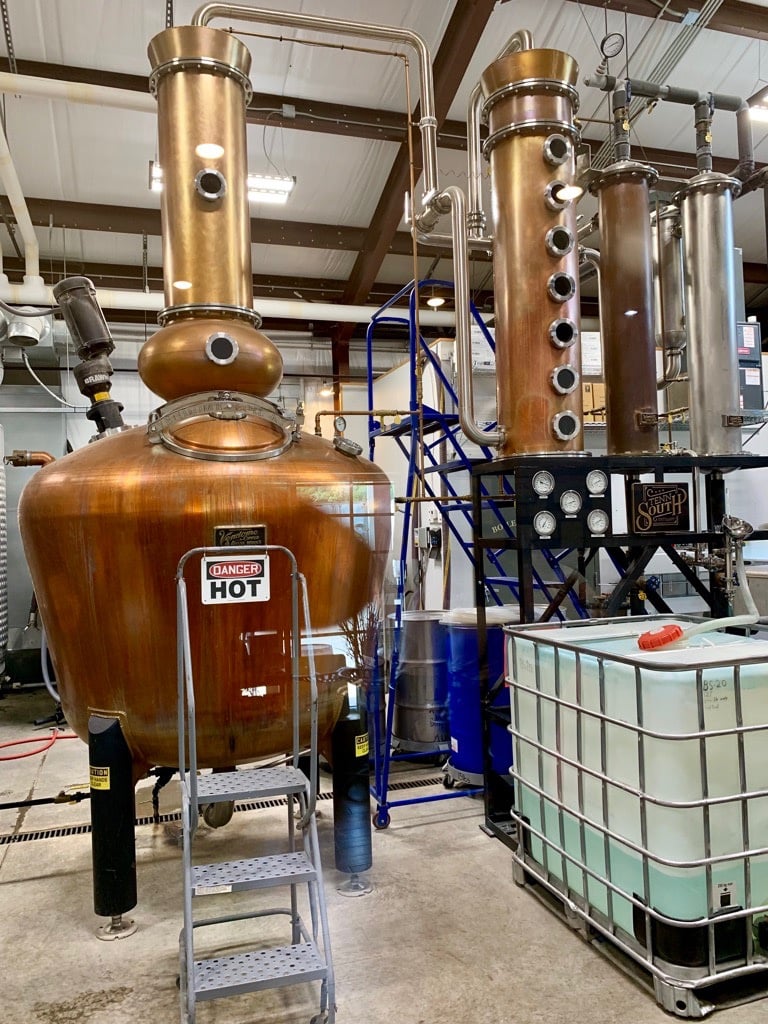 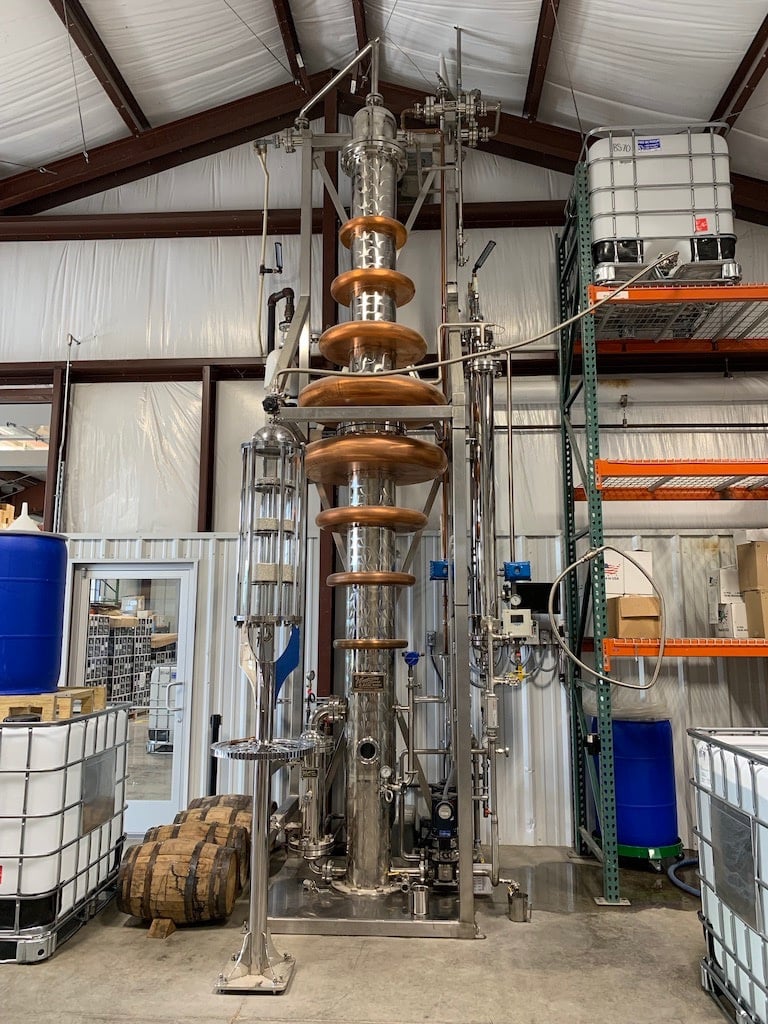 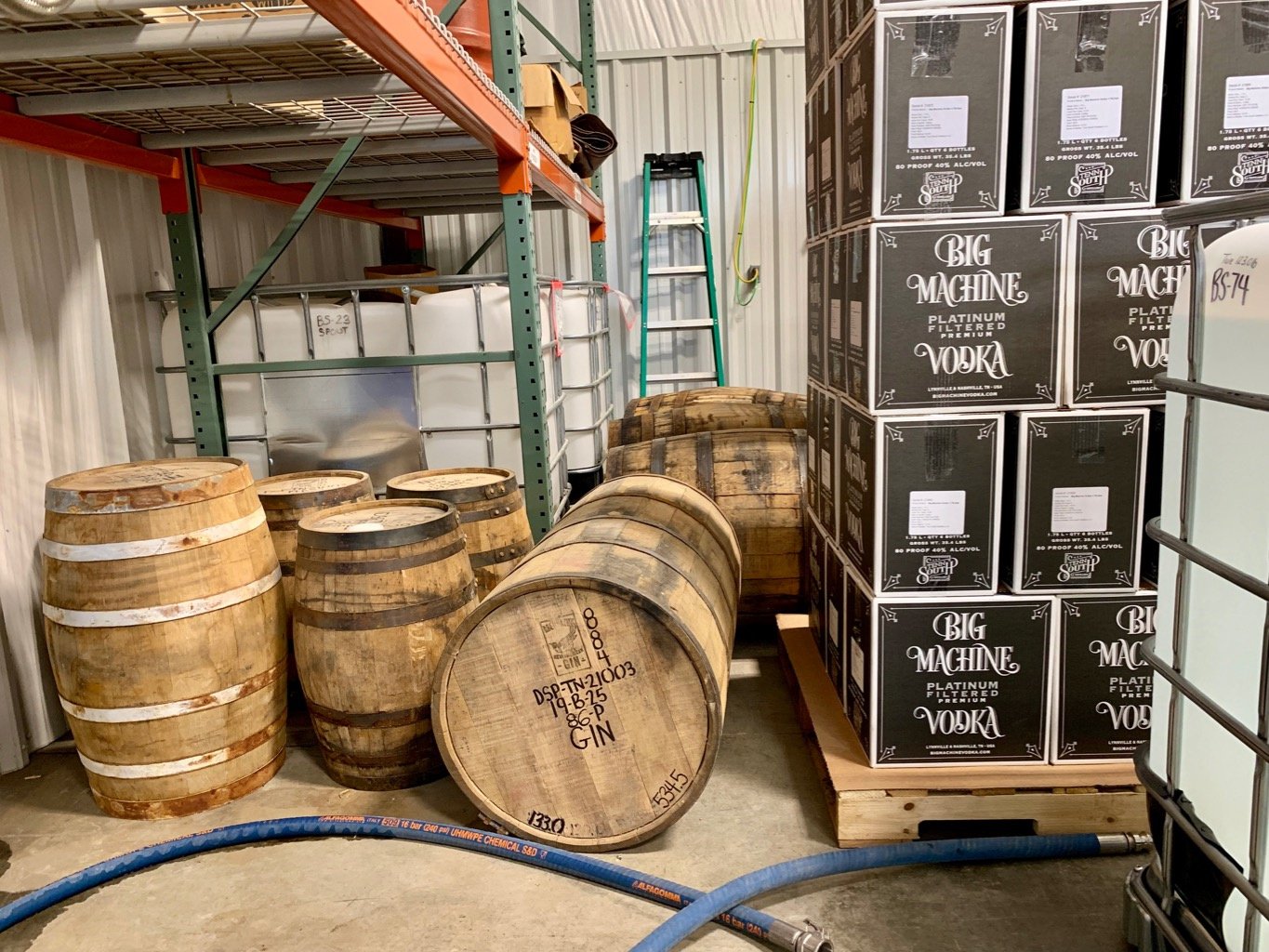 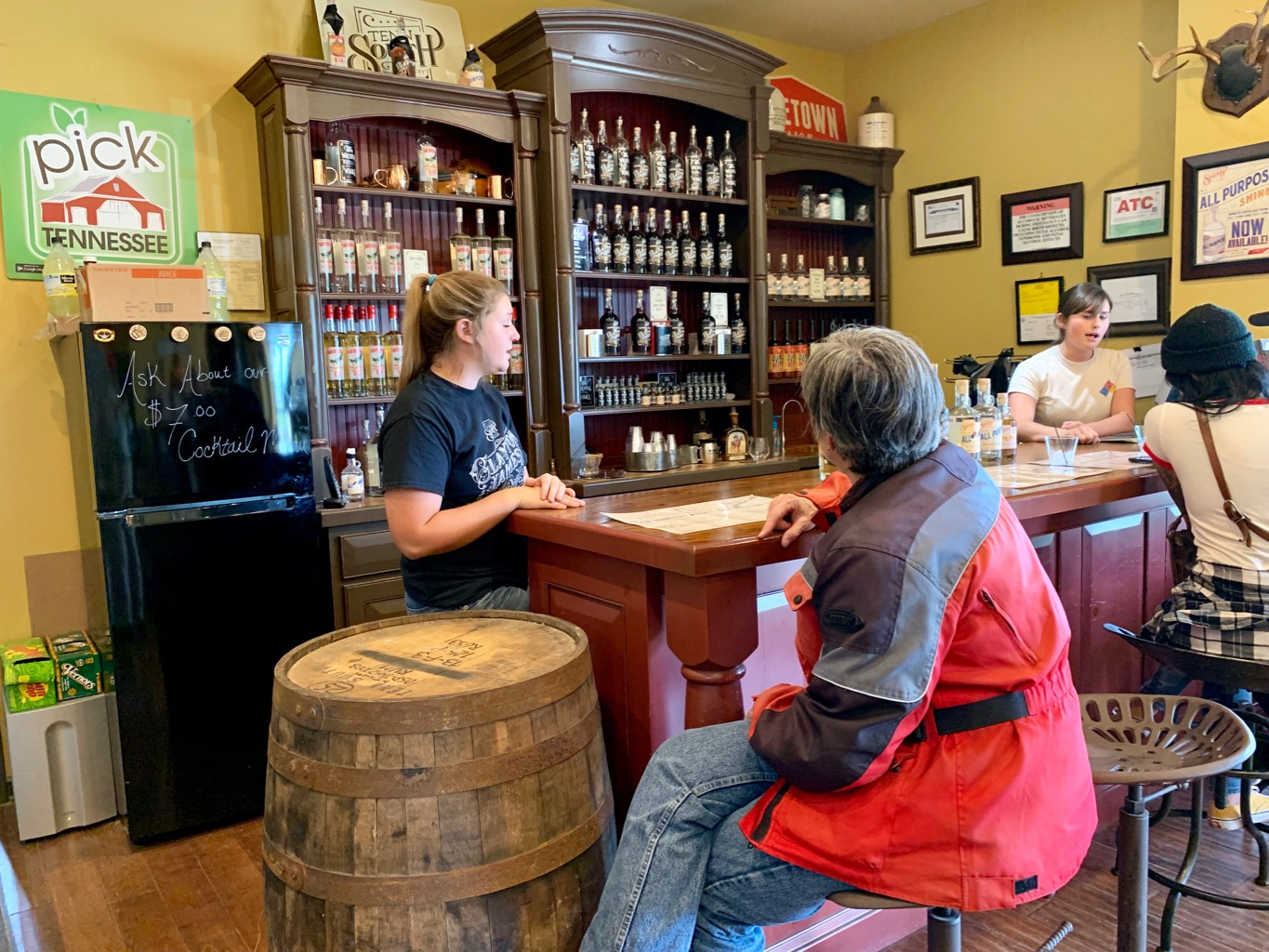 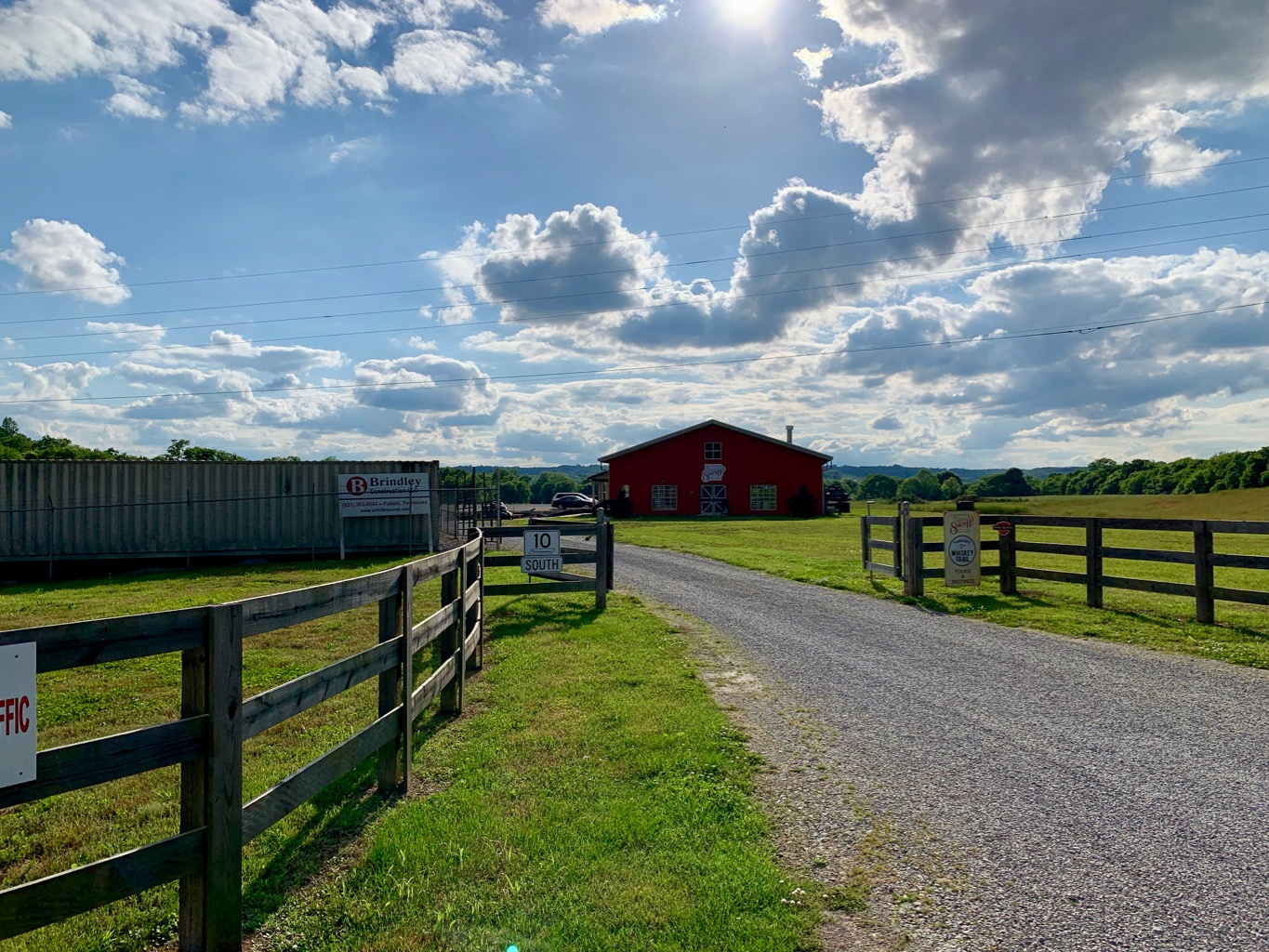 Tenn South Distillery from the Abernathy Rd. Entrance
1800 Abernathy Rd.
Lynnville, TN 38472
(931) 527-0027
It was the end of a busy day when we visited Tenn South Distillery. We had begun our day in Nashville, visited a distillery about an hour or so south, and knew we were running short on time. Fortunately we made it to Tenn South with a little time to spare, and everyone was more than kind enough to accommodate us. Our tour began just moments after we arrived.
First, a little background information. The distillery was originally started by two brothers-in-law, one a radiologist and one an engineer. They have since parted ways, and the remaining founder, Clayton Cutler, is now in charge, and the Chief Distiller. One of the very interesting things about the distillery, at least when we visited it, was that all of the employees are young women. In a traditionally male dominated industry, it was surprising, yet refreshing, to see the pendulum swing the other direction. In fact, Clay’s daughter, Margeaux, is also a distiller at Tenn South.
In addition to producing a Tennessee Whiskey and moonshine, Tenn South also produces Big Machine Vodka. That "Big Machine", is Big Machine Records, which if you aren’t a fan of their genres, is an independent record label specializing in country and pop artists. Big Machine Records’ founder, Scott Borchetta, was interested in making a premium vodka, and thus was born Big Machine Platinum Filtered Premium Vodka. This vodka, as its name implies, is filtered though a proprietary  Platinum Filtration system after distillation. I hadn’t heard of this, not being a huge vodka fan, but apparently platinum, and some other metals, are thought to improve the mouthfeel, texture and “smoothness” of the vodka, and are used by some distilleries. *
But I digress… let’s take the tour:
Tenn South. is a small craft distillery, and the tours are run fairly informally. Ours began when we got there; You can't beat that for convenience! According to their website, they run on the hour, but since we were the only ones on our tour, we lucked out.
Our tour started in the distillery, which has two main parts. When entering the distillery we first saw the hybrid still used for making the Clayton James Tennessee Whiskey and moonshine. In the next room over is the column still used for making the Big Machine Vodka. We'll get to the vodka in a bit, but we'll start with the whiskey and moonshine area.
Tenn South has an interesting hybrid still. It has the “pot” portion with a short column on top, and next to it is a second short column. The vapor comes out of the first column and then heads into the second. The net effect is the same as if a taller column was placed on top of the pot. Why did they do it this way? They were constrained by the height of the ceiling. If they wanted to have the entire column on top of the pot, they would have had to break through the ceiling. I had been to quite a few distilleries at that point, and had not seen that set up before and thought it was pretty ingenious. I have since seen it elsewhere, but I still think it is very cool.
Before entering the still, the grain must be “cooked” or mashed to get those enzymatic reactions going. The “cooker” sits just to the left of the still. Behind the cooker and still are the fermenters; 2 large closed fermenters and 4 smaller rectangular fermenters. Once fermentation is complete,  the grain will go to the stills.
Having already discussed the whiskey and moonshine still, the vodka still deserves some attention. Far from being a vodka expert, I found the still very unique, even a work of art. The vodka still is a large column still, clearly built with aesthetics, as well as function, in mind. It looks like it could have come from the future, with its sparkling stainless steel wrapped in rings of copper.  Adjacent and connected to it, is the Platinum Filtration system, which consists of a glass cylinder with 3 horizontal plates, each holding a neat pile of platinum pellets. The distilled spirit enters from the top, and flows downward through the layers of platinum pellets, and exits the bottom of the cylinder as Platinum Filtered Premium Vodka.
While the vodka and moonshine can then be bottled, the whiskey must age. It is barreled, and the barrels are then stored in large containers located outside on the property.
Like most tours, ours concluded in the tasting area. The tasting area consists of a small bar with four stools. Here we were free to taste samples of any or all of their spirits. Cocktails are also served. All of Tenn South’s bottled spirits are for sale to go. The gift shop also sells their various  paraphernalia including shirts, hats, etc.
After we finished our tasting, we were fortunate to be able to speak with Clayton for a while and learn more about the distillery, and Tennessee distilling in general. I think he (and some of the other employees) stayed around a little past closing time chatting with us, and it was much appreciated. We had a very nice visit and it is just this kind of personal touch and passion for what they do that makes distilleries like Tenn South so special, and worth visiting.
There is a sister location in Nashville, The Big Machine Store & Distillery. We did not visit this location, so can only direct you to their web site for details.